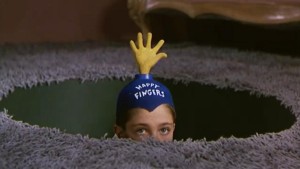 Dr. Terwilliker (Hans Conried) is an imposing kind of person. He forces young Bart Collins (Tommy Rettig) to practice the piano, endlessly making him play. Bart feels that even Dr T has his single mother, Heloise (Mary Healy) under his control. You see she also tells him to play, play, play! Bart has an ally however in August Zabladowski (Peter Lind Hayes), the local plumber and gifted piano player. The problem is Bart has to work out how to stop Dr T and those dreaded lessons on the piano! 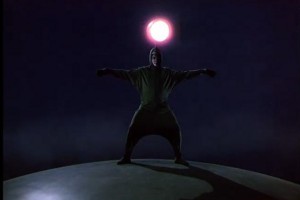 Firstly I must start by mentioning this is the (at least in script and sets) the creation of Dr. Seuss. It is a parable but I feel not of totalitarian dictation, more of the fear of the perceived subtle spread of modern communism. It however was unpopular at the time when, this fear was almost omnipresent. Why was it unpopular is interesting and explains that it is currently a cult commodity. It is very difficult to read due to its merge of genres, themes and audience. Those watching it at this time were and honestly did become uncomfortable with watching a film like it, I suspect. 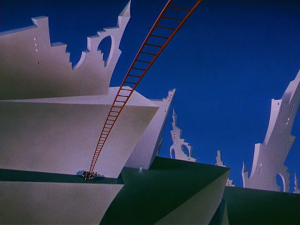 I also suspect it became cult because of its amazing surreal visual motifs in its narrative and its sets. The cross over of children fantasy and adult themes that Seuss often introduced into his works. He was very good and for me it finds its nexus here. I mean by this that he makes a product that is taking the viewer into a world that is whole but still is very abstract enough to be fun to a child. The complex adult message rewards with layers of thought because of this. It has such delights in the way its sets are drawn, they are as abstract as Dali. The music has depth and flex. The narrative is amazingly simple but with this it has major weight. Amazing. 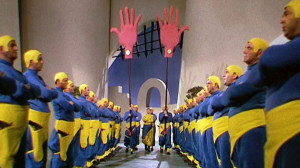 The Blu Ray is a delightful mix of what is great in the film. The remaster looks lovely and reminds me of the palette of THE WIZARD OF OZ. Historian commentary is packed with lovely insight, lovely context and amazing thoughts. The real stand out part of this great set is the essay by Conheim.  It is fresh and insightful with the observance of an artist. He balances its creative eye and a thoughtful power of context. This is written work at its very best. Taking something and making you an expert or seeing it via a new realm! 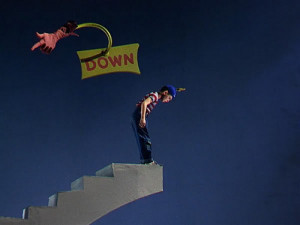