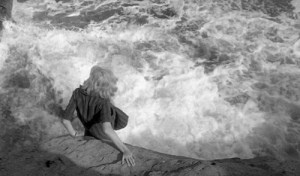 Anna(Lea Massari) and her friend Claudia (Monica Vitti) leave on a yachting trip .They drive to rome and then onto meet Anna’s boyfriend Sandro (Gabriele Ferzetti). Anna and Sandro havent spent much time together as he works in the city and she lives with her father. Claudia is waiting, while Anna and Sandro spend the afternoon returning back to familiarity. Sandro then takes them all on a drive to the coast  to meet the two wealthy couples they will sail with and cruise to an island near Sicily. Once there Anna disappears and the mystery deepens… 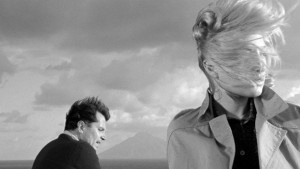 For me this film is a mystery that the viewer can either want to explore or want to run away from. I have not seen it before, which is rare a thing for me. Antonioni is a film director that can split a crowd and split the art house film community. He was a vagabond to some of them or a revolutionary type to the others. A revolutionary introducer of techniques and a style that was his own. He was also considered a vagabond that was overly pretentious, his films were difficult and he said nothing of note Bergman and Bresson hadnt done before. 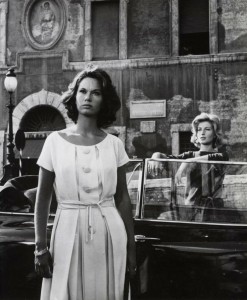 This is to say that they all translated the modern self and modern identity to the screen. The absent self was constructed via the engagement of film grammer and the challenging of visual images. Here we have a superb example of how this was incarnated. The fractured world where the actors face is cut off and appears in the bottom edge, side margin and obscured by walls and solid structures. We have the long take that holds the actor in a ‘real’ world of senses and interactions. Then we have the balance of the image that is forced and as such makes the viewer aware that it is intentional and constructed, not the real/ unreal associated with Hollywood and its classical narrative, involve you and not break the spell but the abstract everyday. It also had a revolutionary story for the time and even now will split the viewer. I wont spoil this but expect no resolution and like life, the uncomfortable emptyness that follows that lack of any clarity. I accepted the films ending as the rebellion of safe film. 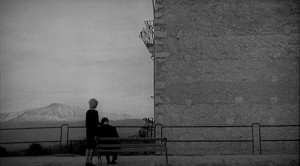 Performances in modern art house cinema are hard to evaluate correctly. I say this because it is about nuances of emotion, slight movements and eyeline matching of passion and pain. Here form and style have turned them into symphonies and operatic events. The music heightens and empowers these.With its full rounded waves of light into dark into shade. I dream like this, emotion can be reflected like images and sound merged to reveal the turmoil of a life empty yet so rewarded by living. 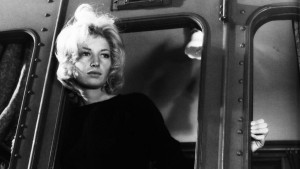 Criterion have out done themselves. This is an achievement of divine working. Great transfer in 4k splendid grandness. Black and white are stark and cold. Bold and silver as the new day. Sound is blessed with tenderness and it allows it to remain simply awesome. The extras are great with my choices being the documentary by Mingozzi and Nicholsons reflections….Buy this when it is near to you and treasure it.