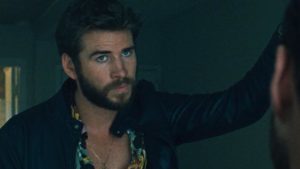 With 38 films left on my list of reviews, I wanted to explore the B movie DVD scene a final time. Three big films have popped up on the radar and  as such, I was a little excited to close out in this way. With UNCUT GEMS floating into view last week, it seemed sensible to review something close to it. KILLERMAN. Why? Naturally the comparisons will begin. The films have a level of immediate connections. From the same locales, the same industry and yes, even some of the same personalities. Where however the Safdie Brothers focus on a single actor, to illicit their narrative quest, Malik Bader instead uses the streets and surrounds of New York as his canvas. We navigate the detritus of the city. Wallow in its dubious business practices. We are trapped in small offices, wide streets and conjested avenues. The ultimate question however is does it work? Does it achieve the ends? 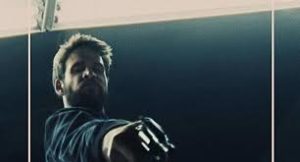 Money Laundery is a hard game. Anyone on the streets knows to well the problem of washing the laundry and cleaning the rewards of ill gotten gains. Moe (Liam Hemsworth) knows all of this and all too well indeed. He is at the height of his game. He has the transfer fluid. Give me the cash, he converts it to gold, then cash, then gold and then back to something else. He has the back up to sell and to streamline. His partners uncle will offer them access to the big time. With lots of cash on the table and a chance to get out of the game in his sites, Moe accepts a dodgy connection. When the deal goes badly and some dirty cops start in on their goods, Moe is left to pick up the pieces. The problem is Moe has forgotton everything. He has lost his memory completely. The concern is that he does not know his friends from his enemies or good from bad.

So as a vehicle for Liam Hemsworth (one of the two brothers, the slighter one) is what KILLERMAN is being sold to us as. Its not that to be fair (Hemsworth cant act as well as he or Malik thinks) but it is a product of the TAKEN mold. The films producers (who also paid for JOHN WICK) failed to see the lack of weight in this. WICK is an action film with heart. This is an action film (a fairly good one) which is inspired by 70s cinema (albiet with FRENCH CONNECTION as its main drawing pool) but it has no heart. Its a lot of scuzzy people, being crapped on and in the end you wonder about why you really should care. Watch it for the fun times but dont expect it to leave youy fulfilled.

KILLERMAN is out today on DVD