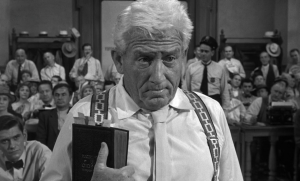 Inherit the wind stands tall as a defining work of modern political cinema. Small town America. Evolution vs creationism. Legal issues that divide a state. When teacher Bertram Cates is arrested for teaching evolution, journalist E K Hornbeck (Gene Kelly) of the Baltimore Herald arrives in town. Seeing the rise of the religious right and its figurehead Matthew Harrison Brady (Fredric March), Hornbeck brings in Henry Drummond (Spencer Tracy) to defend this man and the ideals of truth and scientific logic. 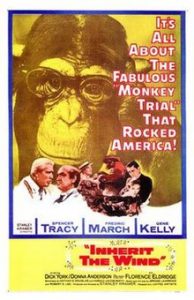 Secular, Humanist, Creationist or Agnostic. Inherit the wind calls forward the viewer to experience American politics, which to the casual observer has remained little changed. Stanley Kramer was the mediator of his generation. Based on the famous real life ‘monkey trail’ of 1925, when a teacher in the southern states was prosecuted for teaching Darwinism. Should the apparent word of god be superseded by the peer reviewed word of man? The issue then as now is clouded by political and financial forces. Stanley Kramer steers the film toward a debate still raging with the skill of distance and humility. 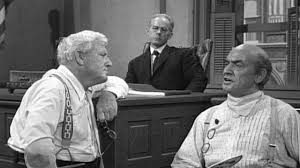 Religion is not a simply stereotype, science is not all cold and dull facts. The two can and should balance each other. Kramer allows each a breath and though occasionally one side tapers into farce, he holds the line to keep the issues front and centre. Spencer Tracy turn as Clarence Darrow in all but name, Frederic March as the Evangelical leader and Gene Kelly as soapbox newspaperman are essential viewing. The events would also be seen as a commentary on McCarthyism which I do see however it is also about now. Today intellectual debate is dulled for empty rhetoric and lies. Maybe it is equally relevant now but then the times you read it in, define your placement of it maybe? 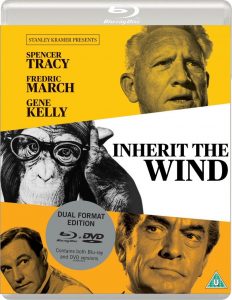 The disc has a 1080p presentation. Looks good, the black and white are rich enough to leap frog the DVD version from 2005 but I have to admit not being overly thrilled by it. The video by Neil Sinyard historically places the film within context and the actual event within the politics of the day. It also suggests a timely note on what is going on in the world today!