A subtle blend of Indian culture and social commentary fails to ascend stereotypes and misses saying anything bar the expected.  Daya (Lalit Behl) is 77 years old and reaching the end of his natural life. Like millions of Hindu’s before him, he wants to die in Varanasi and seek salvation. The problem is that his son Rajiv (Adil Hussain) is not convinced and accompanies him on this apparent erroneous journey. Inside a hotel in the city they bond and find a natural rhythm in life.

Hotel Salvation has been highly praised in film circuits and by esteemed film critics. Its director Shubhashish Bhutiani has been likened to a modern Satyajit Ray and it has been called a cultural masterpiece of connection. The film is a very tender meditation on parental love. 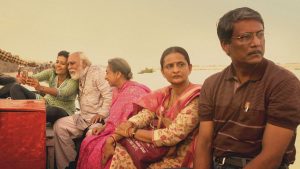 A sometimes sober account of loses connection to what is important and  a film about ritual and humanity. It is not in the league of Ray nor should it be positioned in such a way. Ray discovered people and social changes. Here it is about the defining of a single event on males, living in a country that is working hard and often being driven away from the things it once held dear. 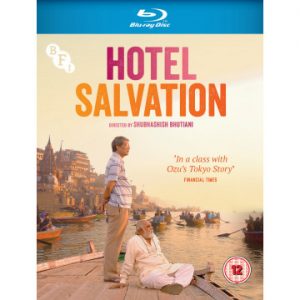 Salvation is well performed, with nuances and motions. Words said and reserved for afterwards. Little smile and gestures. It is beautifully composed and has moments of stunning composition above Ray’s work. It is dreamlike and magical. I didnt see Ozu, I saw the works of De Sica in here and even the odd nudge toward Ghatawak. It is a fine film that represents a slither of Indian culture, identity and ideologue. If you believe the BJP and RSS, you would believe this were India as a whole.

This is where my anger lay. The west legitimises this. My issues can be condensed into a single issue. Human beings loves stereotypes. We want countries like India to have troupes that are familiar. All countries and people from these, who are often well meaning objectify an idea of that country as a static series of things. Like how people see my home country Britain as Tea, Fish and Chips or the royal family. It is far more than this. 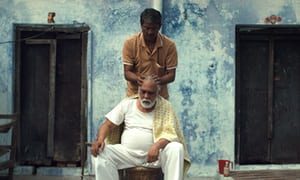 It is richer and complex. It is also not the case with India. It is not that Ganesh statue you have bought from TK Maxx. That is a part (mainly Gujarati and Maharashtran not all over India). The common misconception is that this life event (like even Pather Panchali suffered, is reflective of a whole.) and even the written piece in the booklet fail to ascend these issues. 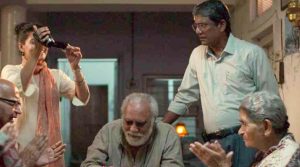 India is a world away from this film and should not be projected in myopic ways for western audiences to indulge in. I feel it is not only to covert but to sneer at. Hotel Salvation is about more than the Varanasi but then India is more than Hotel Salvation.