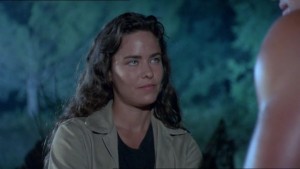 Given the job of freeing the leader of a group of Communists by a mega corporation leader (George Kennedy), it might seem like a normal days work for Frank Ryan (Brian Thompson). This job however will be anything but normal. He has to take a group of trained female killers who all have varied skills and styles, they also hate each other. He then must pretend to be a gay fashion designer, put on catwalk and runway shoots and get everyone to follow. Then he must make sure that they are not worked out by the leader of the fascist regime (Oliver Reed). 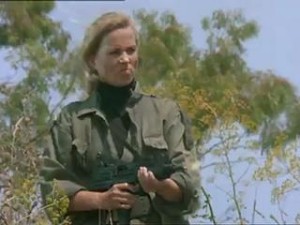 80s – 90s low budget action yarns are for the most part pretty dull stuff with great set pieces but wooden everything else. The obvious exceptions were films by Albert Pyun (who added some funny scripting to interesting film form), the macaroni combat or Euro War stuff (which was great at taking those 50s war movie ideas and running with them) and Nico Mastorakis. Nico merged genres and added a flavour of low budget / high values film making to his work. Often the overall pieces failed but on the occasion he captured something amazing with his filmed action pieces. This can be seen in many of his films but in the Zero Boys it is all over there… 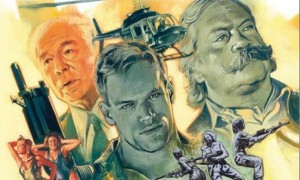 Now as a film Hired to Kill is not very good. The plot is a rehash of the Wild Geese and lacks the urgency of that film. It has a lack of pace in the build up and can be clunky. It has leads that are smart mouthed but incredibly stilted by a lack of talent (we didnt expect Shakespeare did we!?) but it then has a great cast in the background (All doing it for the money). The excellent finale with the bangs and booms is Nico through and through. Now I know he has a co director credit but you can see his hands all over the action and explosives moments… 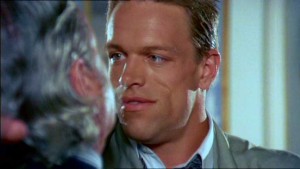 To the Arrow DVD / Blu Ray and we can see their great hands have taken this film and its various qualities and made it sing. Great transfer on both DVD and Blu, commentary by Zetlin is very good and has laughs and great detail. Interviews prove that Thompson and Nico are great guys. Funny, friendly and the sort of people you would love to sit down and have a beer with. Then we have the essay by Oliver. This is informed and interesting but without the loss of fine detail that is sometimes created by sleeve notes…superb…