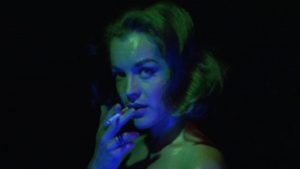 Exceptional film about the film making genius Clouzot and his unfinished masterpiece. A hotel sits beside an artificial lake and a train track. Husband and owner (Serge Reggiani) and wife and party queen (Romy Schneider) live together. He is running it, she is maybe running around. His paranoia and jealousy believes this to be true. Her actions are more a rebellion against control and being controlled. The film was never finished and this documentary explores why, what it is to break a film and remake it within the image of its creator. 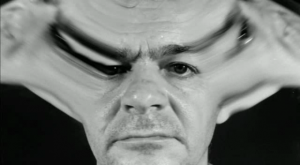 The remarkable thing about L’Enfer ( that is the film and not this documentary) it has a mythical feel surrounding it. Film fans love to wax lyrical about films that might have been, from directors that were. Kubrick, Welles and Clouzot top the list (others are there but these are three heard at nausea). Well now Inferno (the documentary not the film) has silenced many of these conversation by presenting a version of the film mythical, L’Enfer. 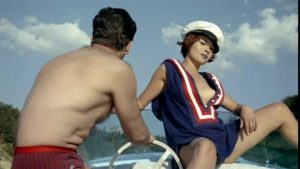 Here Serge Bromberg and Auxandra Medrea have taken the script and the 9 cans or so of film that were left over, as a start. Then they have extrapolated what makes film. Fears, desire and dreams contort to make themes. Often these are male orientated and this viewpoint being of a star director. It unpacks this as a device of reference and thought. It also frames how this evolves in the creation process of a film. From experimentation to exploitation and when a male, director and star is at play, its all the more desired and hoped. 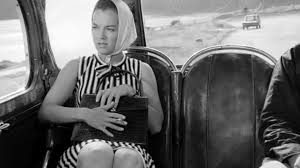 We see the technique of exploration in cinema range from physical demands to meta physical confines. From voices of those who worked on the film, to actors performing the lines. From the magnetic special effect sequences to the remaining sequences of footage. It dispels the power of film making and at once rebuilds it. Construction and deconstruction. Emptied and filled in equal measure. Inferno is that rare thing, a really complex analysis of the creative process…without hubris, pretension or aggrandisement. It does the work like an archivist. Noting actor movement, sound detail and script change. With so much richness as to make you feel sick at its end. Wonderful… 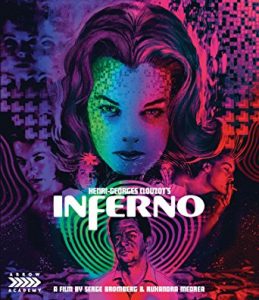 Extras are a required part of any Arrow release. Here they enlighten the audience and embolden the fan. Though I feel that Mazdon piece is the starting point after the initial watch, it is the Unseen material sequence that will bring the film to life. The booklet is so so and I mean this respectfully but with out doubt its not the main reason to love this set.