Peter Jackson’s fourth feature – winner of the 1994 Silver Lion and definitely his most mature work – Heavenly Creatures had the effect of rocketing him well and truly onto the international stage, and for good reason. It’s a spectacular multifaceted gem of whimsical obsession, dangerous love and tragic irony; part New Zealand kitchen sink drama, part bizarre horror, part warped love story it’s the film that set Jackson and its debut stars, Kate Winslet and Melanie Lynskey on their fated trajectory for Hollywood. 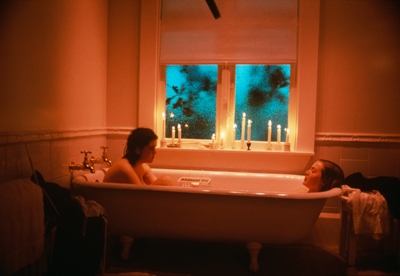 Bathed in warm blues and fierce reds Heavenly Creatures follows the journey of disaffected Pauline Parker (Melanie Lynskey) as she sleepwalks and doodles her way through a bland New Zealand adolescence. However when the witty and wealthy expat Juliet Hulme (Kate Winslet) enrols in the school and enters Paul’s life the mundane becomes the magical as the two’s rapid friendship cultivates a rich and elegant fantastical world. And when the duo begin to be consumed by their introverted self obsession, and through their detachment from the world around, they are sent down paths and towards actions that are in turn more and more untethered from the real.

As the two girls become slowly consumed and corrupted by their obsessive friendship, their addiction to each other unravels in a very sympathetic fashion. Jackson balances his narrative well captivating and dazzling us with the whimsical while all the time feeding us the unnerving and the tense. The disturbing romanticism of its heroines is ravishing and intoxicating and perhaps the film even deals a tad too sympathetically with its protagonists given they enacted a “crime that shocked a nation”. But Jackson’s direction is distinctive and extravagantly realised; and although it’s not right to always reference his crowning achievement in the Lord of the Rings his handling of landscapes and character attention personified in his trilogy is equally on full display in this beautiful piece. 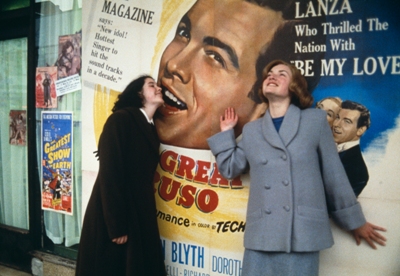 The surreal imagery littering the film is representative of the bizarre nature of the friendship of the titular creatures. And at its core there lies a harrowing truth – and an inevitable, straining poetic irony – that’s tinged with real melancholy. The once happy and harmless friendship that blossoms between Paul and Juliet – although their names change the further towards the surreal they go – to unsolvable madness is perfectly paced and elegantly turning for a fully realised study of a slowly relinquishing grip on reality.

But where the film is both most astonishing and most terrifying is in its climax. And this is not only for the fact it holds the culmination of this twisted trip down the rabbit hole. Indeed it is so striking because when all is said and done we realise on this journey down we’ve become so enthralled and allured by the world on display here we’ve become completely complicit in the terrible twosome’s love affair with themselves. In this way the end exhibits a true snap back to reality; and it’s worrying – and telling of Jackson’s burgeoning talent here – that it takes an event of such magnitude to bring us back. 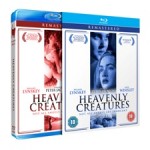