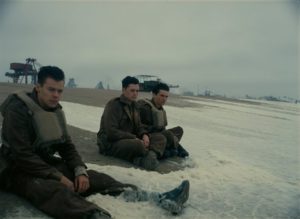 Nolan’s sweeping war drama sees the beaches of Dunkirk become the grounds for a visually bold, yet uneven drama of time and tide.  The beaches of Dunkirk are awash with the dead from a failed army of defence. They are also swarming with the living soldiers. From the British Expeditionary Force and the French, Belgium and Dutch forces. The Nazi forces are sweeping forward and have them surrounded. Little can stop them from eviscerating those 400,000 soldiers except for a mass group of sail boats, fishing boats, pleasure boats and much more. All heading for Dunkirk and all hoping to save them from certain death. 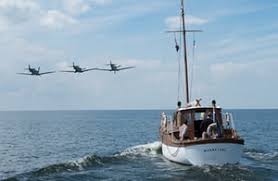 The summer blockbuster season this year lead to something that was unexpected. It was both exceptional and incendiary as the Brexit vote and its fall out drew on. It saw director Christopher Nolan take on a moment in British history that was in many senses its darkest. Its most desperate. Its most defining. Nolan has already taken on big subjects with major particulars. Take superheroes in the form of Batman, psychology in the form of the sleeping mind and astrophysics in the form of space travel. So this must have seemed like a far easier task, with boundaries firm and fixed. 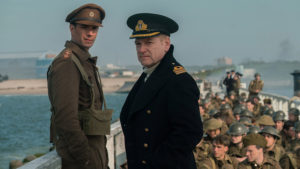 When you come to Dunkirk, if you know Nolan’s work then you know it will be steeped in and focused on his personal obsession. That for the purposes of those not familiar is Time. In particular, its application in film form. Nolan’s  loves to defuse it or conflate it within an oppressive framework, such as genre. Here he uses it as a catalyst for how we define the nature events within the war film. How when it is fractured it defines a narrative that deforms expectations. He uses the events much like a turning lathe. Sculpting them into shape but also speeding up or slowing down its movement to decide where to work on and where to cleave off. 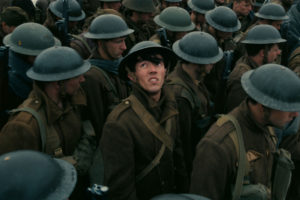 In this attempt, unlike others he has worked on, this fails to herald powerful or even sometimes coherent enough results. Why? Well its not because of anything to do with the visual realm. That is amazing and the Blu Ray holds its on here very well. Its not the score, though that is jarring and feels unbalanced. It not the plot, which is often in flux but holds up. Nor is it that he has superstar, pop boy toy Harold Styles who is centre stage but pulls it off. No. No it is that Nolan fails to find the heart of what happened. The meat of the horrors are there but its the survivour that is absent.

This is due simply to focus. If this were a sports manager of a team, it would be described as tinkering. That means politely that he is uncertain and keeps taking and adding. Moving and positioning.  Sometimes it does work extremely well. Take the Spitfire air fighter scenes (in truth all of this air sequences are excellent). They balance incision of incident with structured events. Keeping momentum and feeling. 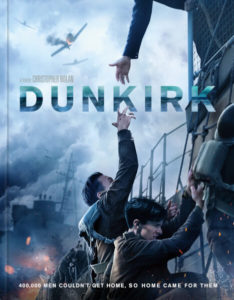 Other times however this fails to work as well, such as the Cillian Murphy story line. This becomes like the tide on that Dunkirk beach. As it washes in and out,  runs over itself and then seems to feel it has to reassert its stance or say steady its footing to make sense. Losing the narrative thrust and instead leaving it confused and the character ill drawn and defined. Making the momentum of the story, emotions and expectations confused. However this might actually be on purpose. Nolan is very good at asking the audience to question what it is consuming. It is no coincidence that it casts doubt or mis-shapes truths. We are in the world of fake news and false reality, so Nolan is playing a skilled hand at that perhaps?  Nolan is a fantastic story teller and film maker who divides as great film makers should. I am sure that you will watch and decipher for yourself what is going on and off of the page. For me it was just under his best but still a mile better than anyone else working today. 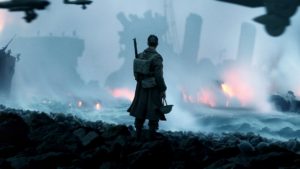 The blu ray extras are okay. This is to say that I wanted more. Much more about the film and the backstory. About the world of the war and its relation to why Dunkirk mattered. You have enough but the truth is, you need much more to make it work as a rounded piece. 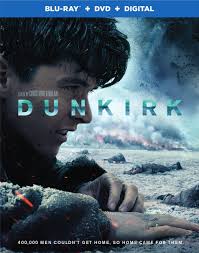