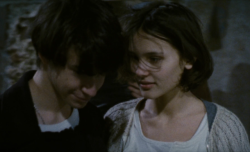 L’eau froide Olivier Assayas coming of age film, became an overnight sensation. Gilles (Cyprien Fouquet) and Christine (Virginie Ledoyen) both come from unstable homes. They steal from shops, they play truant, they undermine authority. When Christine is sent to a mental institution, she escapes. Gilles meets her at an house in the country. There a group of teens are having an all-night party. This spirals into a voyage of self discovery and rebellion. 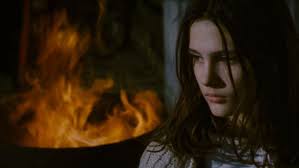 Its a refreshingly realist piece that confronts you in Cold Water. From the bombastic comments of the teens, to the rigidity of social expectation. Assayas gets to the core of how we grow up and what we get to at the end of the line. He holds scenes with a natural tenure. Teenage people act as they did then and now. Breaking roles and rules. Challenging expectations. Asking authority questions and finally trying to course this journey.  I know the directors later work, this reveals a natural progression into an artist. 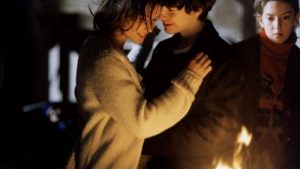 The disc. Well the 4K has a lot going for it but it also seems to lose light in later external scenes. This is because I suspect the compression, defused light. I am no expert. The 1994 TV programme is the top attraction here. A blustering of on set and to camera talking heads. They mine a film which is rich but I would have asked for a commentary for the film.