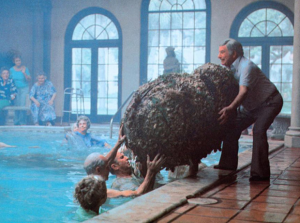 Many people go to Florida to see out their lives. The sun is warm and shines often, the sea is blue and shimmers often and the sky is clear and well is clear often. All is about to change however when a group of older gentlemen decide to break into an old and very well maintained house, to use its swimming pool. The pool is delightful but is also being used to keep some very odd looking rocks. These rocks seem to have magical powers and the old people that are swimming in the water of these rocks, suddenly have been restored and rejuvenated. They have gone from being old and one foot in the grave to young and enjoying all that the sun, sea and sky can offer them. However this might all change when they discover that the rocks aren’t actually rocks but something far more unexpected and far more out of this world. 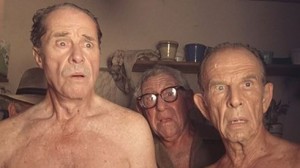 Yes I saw this many years ago as a younger and more unexpected child. By this I mean that I was a young person when I saw this film meditation on age and the alien reality of youth. The age portion are played by great actor types and they allow for the discourse of age and how you often find those oldest are most alive, just at a time when they are most close to death. The alien part of the film is dealt with by the surrounds. Often those who work hard all their lives, live in places that are sleepy and subdued. Then they come alive and that place becomes an alien world to them. It is a profound film in many respects. It deals with core issues of life and that it does so well and with empathy. It is also a study in film direction for the mainstream and is a testament to Ron Howard. 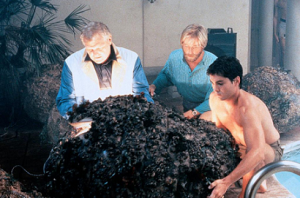 The film is a well constructed piece, with a classical story and a crowd pleasing heart. It is simple and that is too say classical narrative cinema in as much as you could find post new wave. The transfer makes the film look a lot younger and cleans up much of the former releases dulled colour. The commentary is clear about the film and its making but is a study in being nice. The real gem here is the booklet that has fresh insight and some clever takes on a film of simple yet powerful truths.