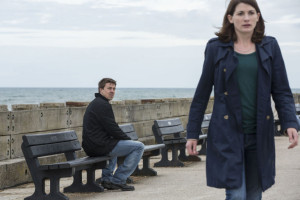 In the sleepy town of Broadchurch, the sexual assault of  Trish Winterman at a 50th birthday party has the town in shock. The desperate attempt by the locals to return to normal is broken and the town is in shock once again. After the murder of a young boy and the acquittal of his killer, it seems that nothing else could rock the foundations to its core. This event however could implicate any number of men in the town. Everyone has a motive and a secret. 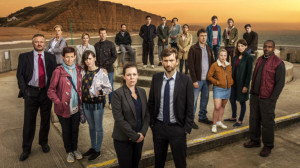 The original series was a stand out in television drama and ITVs skill at high quality production. The power of this series was nulled by the frankly weak second series that saw ITV cash in and the audience check out. When the third series was announced, a collective sigh of apathy was felt but it was not until the first episode that we were to see how the return of a great series was enacted. 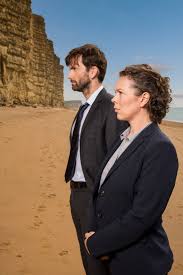 This said series three should be commended less for the story and script. Both are adequate but also prove how good direction and performance can make an average script, excellent. Take Julie Hesmondhalgh, who plays Trish. She has soap opera in her blood. However here she gives texture and emotion that is never false nor empty. I am not saying that soap is but it is a different type of performance. It is far assertive and hard. Also wonderful are Sarah Parish who is both tender and hard, Lenny Henry who is a great range actor and Charlie Higson, who plays weak yet manipulative very well. Then we have the leads, Olivia Coleman and David Tennant. Both skilled actors and both people you want to know more about. The series owes you watching it, to them and in truth them alone. They make the series what it is.