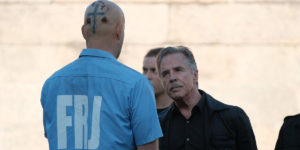 Steven Craig Zahler returns with this redemption tail that lives on the edge of exploitation and absurdity. When Bradley Thomas (Vaughn) is fired from his job, he has to find a way to help him and he pregnant wife (Jennifer Carpenter). The only job is with a drug dealer (Marc Blucas) in his deliveries. When he joins with a Mexican gang in collecting a series of shipments, it goes wrong and he is arrested. This leads him to be tried and imprisoned. However now his wife is kidnapped and he has to kill another inmate in another jail. 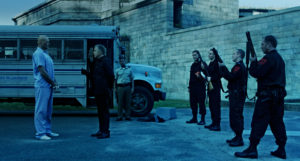 Steven Craig Zahler previous film ‘Bone Tomahawk’ was hailed and regaled. For me I was less impressed. It was an excess in exploitation idolatry, ropey acting, 20 minutes to long and weak in narrative. I felt personally that the audience who were heaping, were people that were either hungry for this B movie schlock or were under exposed to it.

Brawl in Cell Block 99 is a different beast. It has less of the exploitation story ( think prison or 70’s penitentiary genre ) vibe with a better developed narrative, story arc and character development. However it rarely scrimps on gore, head crushing or blood shed. 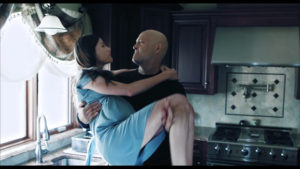 It has a staggering central performance in Vaughn. He has a physical weight that splashes across the screen. He has a tense and tight manner in his actions and his delivery is often so skilled in its technique that it is a wonder sometimes to watch. This holds the whole film up. Vaughn is a better actor then often given credit for. He has nuances in his style, that he has developed over his career. Rarely has this been executed as well as here. It comes down to you watching a man descend and then rise from hell. He does this so well.

Its running time is a lot tighter than Bone for me as well. It beefs up the story effectively and without running over the events again and again, which is what Bone really did. 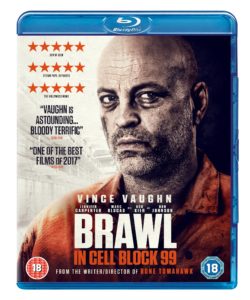 It spent its time fetishes the cannibals and making the event the centre, not the McGuffin that great Cannibal films do. Here the crux is the motivation of the man to resolve his quest. A quest that is not convoluted (I have heard some complained about this but they are foolish.) The quest is direct and unvarnished.  With this film finally it might seem that Steven Craig Zahler is about to over take Tarantino as the Hollywood schlock master.