Vampires are generally the cool kid of horror cinema. From Dracula to the high cheek-boned teens of Twilight, they tend to be the more attractive side of the undead. Vampirism is rarely shown as the curse it is, at least not in the same way as werewolves or zombies.

There is however a cult tradition of showing the negative side of being a vampire (beginning with Abel Ferrara’s The Addiction). More similar to drug addicts looking for their next fix. Bliss, Joe Begos’ third feature film, continues this sub genre. It’s a hysteria ridden fever dream of a vampire film, beautifully rendered on this Blu Ray release from Eureka.

Dezzy (Dora Madison) is a hedonistic, self centred artist who is behind on her rent, and stuck on her latest piece. On the outs with her boyfriend, her clients and her agent. When trying out a new hallucinogen for inspiration, she starts to experience vivid visions of blood drenched violence, and the next day she discovers that she’s somehow made a start on her next piece; an ominous, hellish painting, that she can’t remember working on. 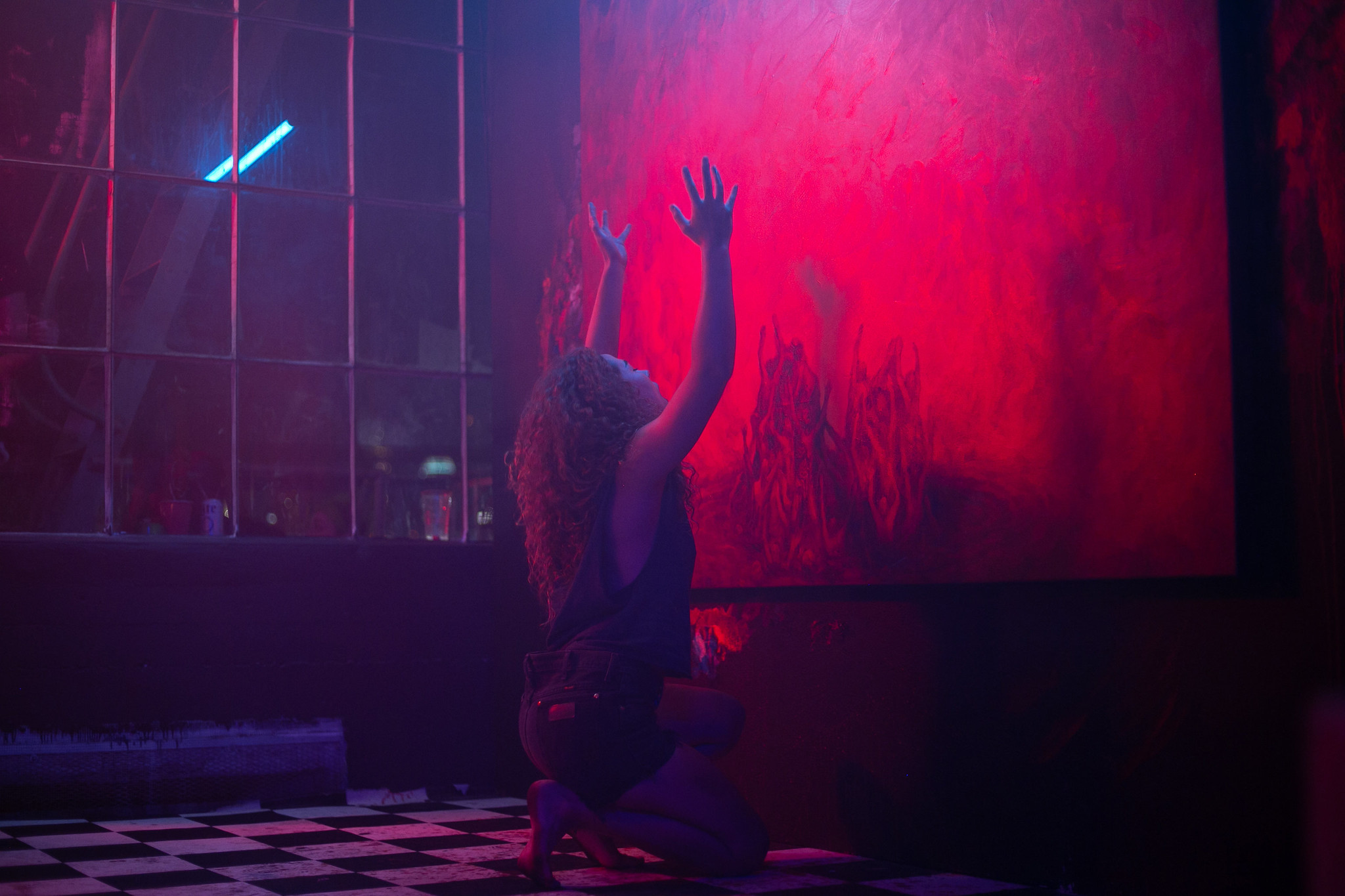 I really didn’t think I was going to like this film. It’s too self consciously cool early on, and the performances are all either too detached or just wooden. Nobody talks naturally, nobody is likeable and the characterisation is paper thin. It might be intentionally so but the result is I couldn’t care less what happened to the characters.

However, as the film enters it’s final act, it turns into a proper horror film with some truly disturbing moments, brought to life in gruesome detail by some extraordinary special effects. It’s outrageous but visceral, nasty and genuinely unpleasant, rather than over the top silly violence. A lot of the more gory scenes are reminiscent of Lucio Fulci, specifically the use of dissolving bodies and the general goopiness.

The problem is the acting isn’t always on a par with the effects. There’s one moment where a character suffers a hideously realistic wound, but really doesn’t seem that bothered by it. The cast are largely unknowns aside from Cheers’ George Wendt and ER’s Abraham Benrubi, who are comically out of place and look like they’ve stepped in from another film. The acting might be risible in places, but if Fulci could make classics with horrible acting, Begos can too! In any case this is a lot better looking than most Fulci films (Apart from The Beyond of course). 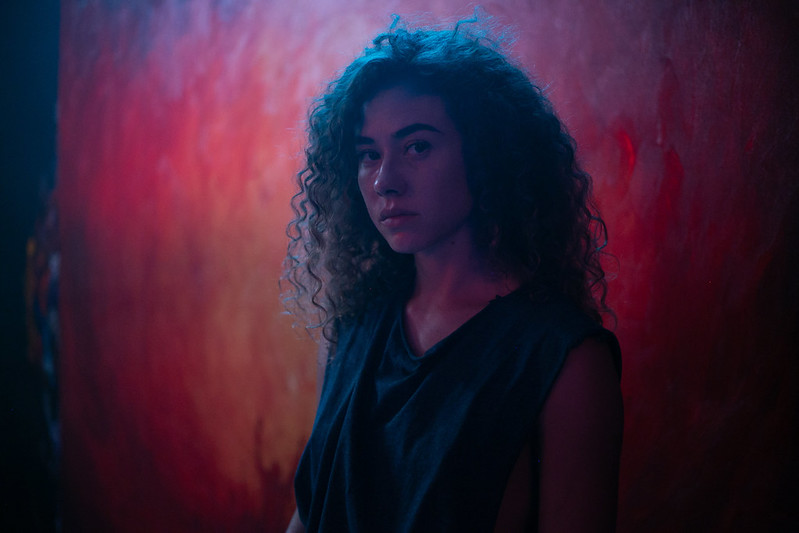 That being said, Dora Madison’s performance is extraordinary. She’s a little muted early on, but commits fully to the horror of the film, and copes well with what must have been a demanding role. However as a character Dezzy is horribly underwritten, devoid of personality and never particularly likeable. It feels like Madison is trying to emulate Isabelle Adjani’s character in Possession, but while they are certainly equal in intensity and commitment to the role, Madison has much less to work with, and the character is less impressive than her performance.

The film itself looks beautiful. Shot on 16mm anamorphic widescreen, this blu ray release really does justice to the smoky neon lighting and crisp cinematography. While the film’s style oozes Dario Argento and Gaspar Noe (the final half hour is an insane assault on the senses in same vein as Enter The Void) it’s also reminiscent of the nightmarish Jacob’s Ladder, especially in the numerous trippy club scenes. It also owes a huge debt to vampire films like The Addiction, Only Lovers Left Alive and Trouble Every Day, with the film’s most iconic image lifted wholesale from Kathryn Bigelow’s cult classic Near Dark. The motif of a satanic painting created by the character’s subconscious is a creepy gothic one that works really well, and could be the basis for a completely different film.

Bliss gets off to a shaky start with unsympathetic characters and very wooden acting, but it’s worth sticking with for true horror fans. Once the blood stars flowing the film is on surer footing, and turns into a punky, blood drenched, minor genre classic. It might not have the subtext and depth of some of the films he emulates, but this is still Begos’ best film by a long shot. 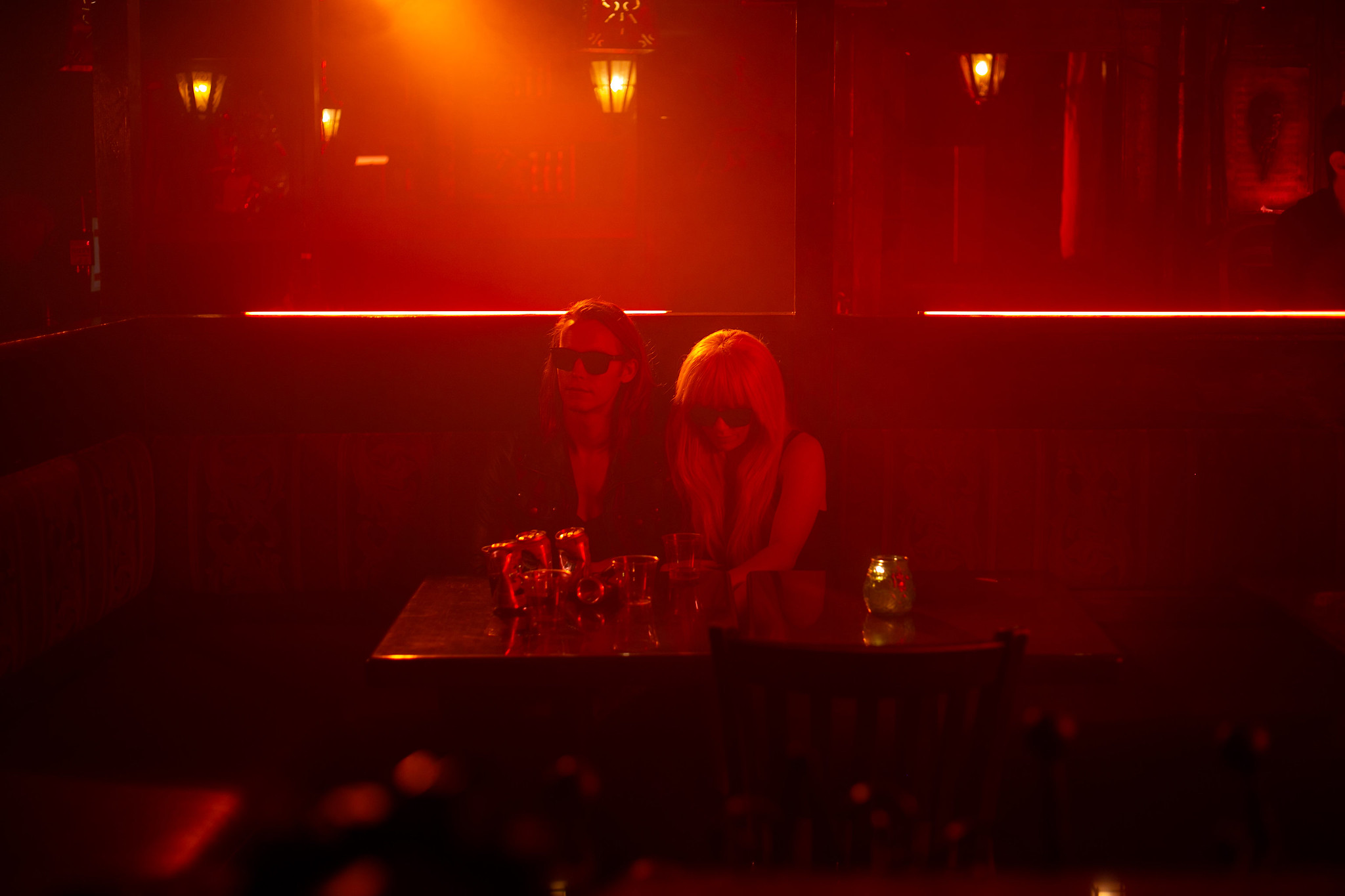