Black Books receives a 101 film release on dual format DVD and Blu Ray.Paul Verhoeven’s career has seen him move from Dutch cinema cult classic Spetters, American studio fare in the shape of Robocop and of course 2006’s Black Book. 1944. Holland is under the rule of the Nazi’s. Brutally suppressing any challenge to their rule, they have killed and deported thousands of innocent people. The Dutch resistance are fighting to save members of these groups. Mainly minorities targeted by the Nazi’s. Jews, Homosexuals, Communists are all targets. After her family are murdered trying to escape from Holland, Jewish resistance fighter Rachel Stein (Carice Van Houten) sets out to revenge them. She gets a job working for the Nazi’s in their central command station. While there she befriends Officer Muntze (Sebastian Koch) and forms a bond with him. 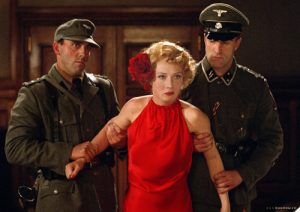 The problem I have with Black Books is very simple and can be seen as having two themes. The first is the ambition of the film and its history. Verhoeven has trodden this ground before and done so far more interestingly then here. That film was Solider of Orange. A stunning film about the era. It is darker and truer then anything in Black Books. Its more factually based for instance. The awful reprisals are treated as a key to why resistance became bolder and also why so many were afraid. In Black books we are watching from a cold distance. The second is how less involved it is. Solider of Orange is entrenched in deep sadness of the reality of the period. In Black Books we have a Jewish revenge fantasy, that uses emotional manipulation and good cop bad cop Nazi depictions, instead of detailing revenge and how groups joined together and fought a remorseless enemy. This took a harsh toll on our world that we feel today. At 2 and a half hours, it is a dull and meandering watch because of this. Solider was only 2 hours… 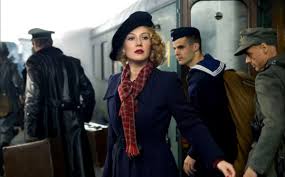 The extras show how great. I have a lot of time for 101 films.

The transfer is a little grained in the exterior shots. It has a colder colour then I remember from the cinema. The new extras such as Paul Verhoeven on Black Book is informative but also shows how the director has a sly comic way. Its funny to listen to him discuss the war with this way. Karl Walter Lindenlaub on Black Book is worth watching only because he draws the images and ideas of the period cinema with a diffused image. 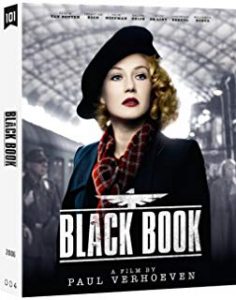