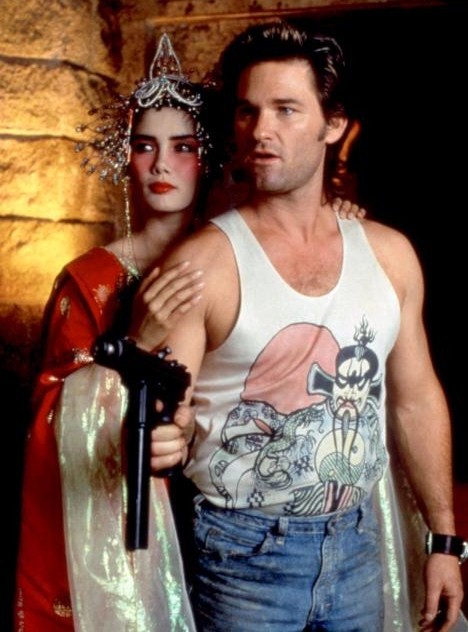 It’s hard to imagine what my response to Big Trouble in Little China would have been had I seen it during its initial theatrical release, after it had been totally lambasted by critics who were maybe after something a little more serious. The fact is that I first saw it more than a quarter of a century after it played in cinemas, by which time it had aged in the same way vintage clothing does. And I loved every minute of it.

Kurt Russell plays trucker Jack Burton, a reasonable guy who is about to experience some unreasonable things in Chinatown, San Francisco. When his friend Wang’s fiancée is kidnapped, Jack unwittingly involves himself in a centuries-old battle between good and evil, at the root of which is Lo Pan, a 2000-year-old magician who rules an empire of evil spirits. Now, Jack must save the girl and win back his stolen truck,  confronting demons, goblins and the unstoppable ‘Three Storms’ (Lo Pan’s henchmen) as he battles through the dark underground domain.

Following their collaboration on Escape from New York and The Thing, this is a wonderful reunion for John Carpenter and Kurt Russell. Russell is absolutely in his element: brash but staying just the right side of obnoxious, falsely suave and utterly hilarious, a complete satire of American hubris. Jack Burton is a character who thinks he’s like Indiana Jones, but in reality has none of the skills, only the cartoon-like cavalier attitude.

There isn’t a single scene in this film that doesn’t elicit at least a chuckle. It’s all so tongue in cheek and full of the joyous energy and enthusiasm of a Labrador. There are countless quotable lines, most of which are probably only brilliant because of the way Russell delivers them (“Are you crazy…? Is that your problem?”). And there are lots of humorous little details that are as unexpected as they are perplexing, like the bizarre fish monster that eats someone and is never mentioned again, let alone explained (Jack Burton’s response: “…Dammit!”). Simply put, there is more here to make you laugh than a dozen American comedies could offer these days. 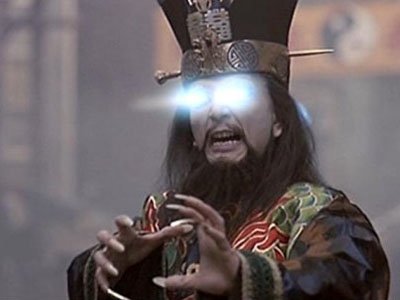 The films aesthetic also deserves mentioning. It goes from smoky and mysterious to hokey and delirious and back again. The final fight scene for example, takes place in an oriental style temple that’s encased in neon lighting, making it look like a cross between a retro night-club and the lobby for a theme park ride. During this fight, there’s a sequence in which two sorcerers are firing spells at each other and the spells become manifest in a Tekken style fist fight – a moment that clearly influenced Edgar Wright’s Scott Pilgrim Vs. The World(this gives you an idea of the tone of the film).

This new limited edition steelbook packaging may feel slightly like overkill (like offering someone a Big Mac on a silver plate), but there’s a treasure trove special features here (including interviews and commentaries) that can surely only add to the fun.

This may not have the class of the rest of his oeuvre (it is certainly imperfect), but it is now one of Carpenter’s most enjoyable and best loved films. Big Trouble in Little China juggles mystical action, riotous adventure, ridiculous Kung Fu, entertainingly naff monsters, and a script full of side-splitting one-liners with blinding verve. If you want a great night in: invite some friends around, have a few drinks, order some pizza, and stick this film on. 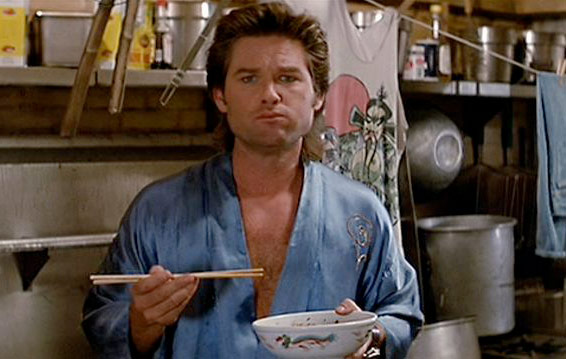