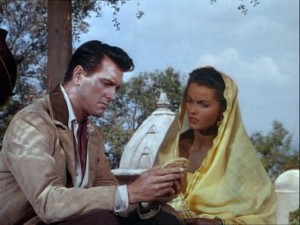 Two Rock Hudson films fall onto our laps this week. BENGAL BRIGADE is a British in India colonial era yarn about mean at war and men fighting for redemption. British officer Capt. Jeffrey Claybourne (Hudson) has to redeem himself after disobeying his commander and saving his squad from certain death. He must overcome this imposition after all he is in love with the commanders daughter. BACK TO GODS COUNTRY sees the ship captain Peter Keith (Hudson) take on some nasty town prospectors and villians. They want his ship, his money and his girl. She however wants only him and is quite useful with a gun in her hand. 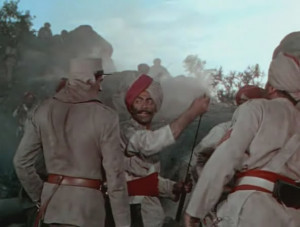 Well I am a fan of the Rock. Often hailed as a gay icon, rightfully but also should be seen as an actor of strength, vitality and humour. The two films released here are from his ealry period where he was finding his feet and being found by Sirk. Douglas Sirk the film director and one of the greatest of all time. BENGAL BRIGADE is empty headed, occasionally politically incorrect nonsense (its very obvious fear of strong women, the other and race transgression is telling.) However it has something and has to be seen to be believed. Visually well executed with touches of the Boys Own magazine of old. Hudson is gallant and grits his teeth, acting with a degree of patience for the damaged stock. 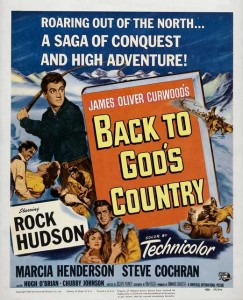 BACK TO GODS COUNTRY is a far better film in almost every respect. Though a convention lover dream it was a thrilling watch and a more satisfying ride. Hudson is rough and ready but exposes a tender side. Henderson is the star of this piece however, she is bolshy and kicks ass. I loved the way her presence was no nonsense. This film should be reviewed by Feminist writers as a piece of classical support for their work. I also loved the evil villian (played with ice coolness by Steve Cochran). He is just evil and is played with no remorse or respect for the protagonists. The other thing to look out for is the sublime exterior shots of the vast white of Canada. it is a brave thing to location shot and an even braver thing to frame it in a tender and artful way. All this adds up to a Sunday well spent at home with a good yarn by your side and on your screen. 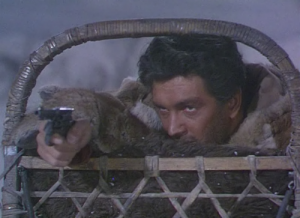 Simply media must stop this vanilla crap. These films are worth watching but if you add more components I could consider telling my audience and readers (who work hard for their money) to spend said hard earned cash on it. Instead i will say go and find a Sirk boxset or Ice Station Zebra. Rock is so good and deserves to have his best foot forward.