Win The Exorcist on Blu-ray! 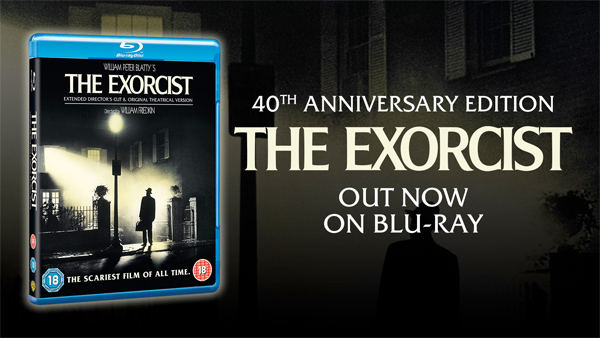 When The Exorcist was first released in 1974, viewers were frightened out of their wits – and literally out of their seats. Now Warner Bros. Home Entertainment (WBHE) will celebrate the 40th anniversary of Academy Award® winning director William Friedkin’s suspense masterpiece that haunted and intrigued the world, with a new Blu-ray release featuring the Extended Director’s Cut and Theatrical Version with new special features and premiums.

Out now on Blu-ray, just ahead of Halloween, this 40th Anniversary Edition will include two new featurettes: “Beyond Comprehension: William Peter Blatty’s The Exorcist” and “Talk of the Devil,” as well as an excerpt from Friedkin’s book The Friedkin Connection: A Memoir.

We have 1 Blu-ray copy to give away!

The Exorcist was originally released in which year?