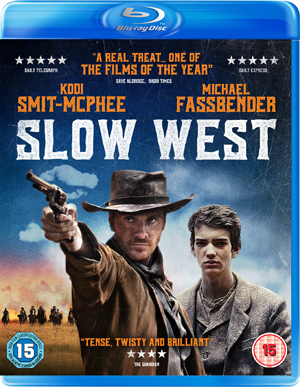 To celebrate the release of Slow West – out now on DVD & Blu-ray – we have a prize bundle to giveaway courtesy of Lionsgate Home Entertainment.

Starring Michael Fassbender (Shame, 12 Years a Slave), Kodi Smit-McPhee (Dawn of the Planet of the Apes, The Road) and Ben Mendelsohn (Animal Kingdom, The Dark Knight Rises), Slow West is a deconstructed western that breaks down the genre to be intelligent, funny, violent, and strangely touching all at once.

Slow West follows outlaw Silas (Fassbender) and his companion Jay (Smit-McPhee) as they travel across America in search of Jay’s long-lost sweetheart. With powerful performances all round and masterful storytelling from first-time writer-director John Maclean, Slow West is simply unmissable.