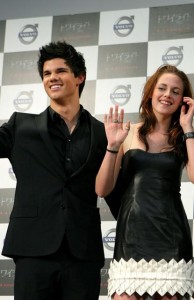 Today its been announced that the Oscars are taking an alarming turn into the Twilight circus world as Saga stars Kristen Stewart and Taylor Lautner have been confirmed as Oscar presenters. It was already previously confirmed that High School Musical star Zac Efron and Disney’s Hannah Montana star Miley Cyrus will presenting so the Academy are obviously trying to generate appeal with younger viewers but surely none of the teenage fans that tune in to watch their idols will actually have seen any of the films up for Oscars, especially top nominees like The Hurt Locker which was rated R in America.

The main hosts for the ceremony are to be the legendary actors Steve Martin and Alec Baldwin but there have been outcries over the ‘dumbing down’ of the ceremony using the aforementioned teen presenters in order to generate celebrity appeal rather than featuring well regarded industry members as most ceremonies do. However these young teen heroes will be joined by Sean Penn, Kate Winslet, and Penelope Cruz who all won Oscars at last years ceremony for their acting performances so its not as bad as it could be.

Last year the Oscars tried to appeal more to pop fans with a performance from star Beyonce and many critics have suggested that after this boosted TV ratings for the show the organisers have tried to pull in more of the younger crowd again but it looks like their aiming their audience at such a young target age group it will backfire as the show will surely run on past their bedtime?

Who do you think the Academy should get to present their awards? Many feel it should solely be the responsibility and honour of those who won the last year but as with Sunday Nights BAFTA’s this only seems to be done in the major acting categories. Is the Academy dumbing down to target TV audiences and ignoring the film fans preferences? Let us know in the comments below.