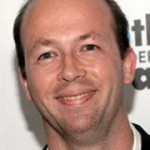 It has been announced that one of the producers of the Hurt Locker movie has been banned from this years academy award ceremony. Nicolas Chartier admitted that he has sent out a mass email campaign to Academy members. He apparently urged them to vote for the Hurt Locker instead of a $500 million film. Its not difficult to work out that he is referring to Avatar.

The Hurt Locker had massive success at the Bafta’s and they are widely tipped to pick up the award for Best Picture at The Oscars too. It seems a shame that one of the main players would not be there to enjoy the celebrations. I don’t believe there was any need to break convention and canvas the members directly. If the film is good enough, then it will get the credit. If anything it will have made it more difficult to pick up votes.

Of course, being banned from the ceremony and (even the red carpet), its not enough to stop him from celebrating. He is reportedly attending a private Oscar party being thrown in his honor in Venice.