FilmDoo, a film discovery/VoD platform promoting international and independent films invites film fans and budding designers to show their talent by creating an original film poster. The top three winners to be announced at the Cannes Film Festival in May, will be given the paid opportunity to design the artwork for a film release this year, which is a great for up-and-coming designers and will also win the following prizes: 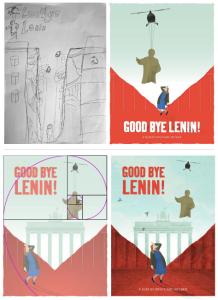 The competition is supported by Adobe, NVIDIA, Scan and has an industry leading panel judging the results including the film magazine Little White Lies, leading independent film festival Raindance and prestigious design consultancy the Creative Partnership. The competition is also supported by a number of distributors including Altitude Films, Picturehouse Entertainment, Peccadillo Pictures, Third Window Films and Terracotta Distribution.

The contest is open from January 28th to April 30th. To participate, go to www.filmdoo.com/creativity