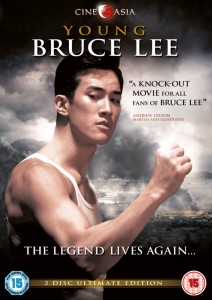 Despite having a slow start Young Bruce Lee is an informative and entertaining look at the coming of age of an icon.

This is not the first biographical piece on the martial arts star as in 1993, Dragon: The Bruce Lee Story was released focusing on Lee’s move to America.  However, Young Bruce Lee offers something very different, exploring his upbringing before he became an international star. Even from the opening it is clear that it is going to be a more personal depiction of his life, as Bruce Lee’s family introduce the film from their old home.

The main problem with the Young Bruce Lee is how the pace is very uneven. The first hour is extremely slow moving, establishing Lee’s home life and his upbringing. However the second half picks up and examines the more interesting aspects of his life including what led up to his move to the US and the tragedies which befell him. Bruce Lee is brilliantly played by Aarif Rahman bringing the charm and charisma which the icon was well known for.

Fans expecting a Martial Arts film will no doubt be disappointed. Despite references to his interest in Martial Arts and a couple of well orchestrated fight scenes, this is more of a coming of age tale about Lee’s first love and the importance of friendship which borders on being over sentimental. Although any fans of Bruce Lee will find the Young Bruce Lee fascinating, exposing a side of the superstar not usually seen. 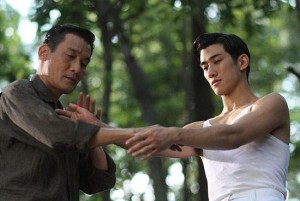 The two disc edition is crammed full of extra features including deleted scenes and a trailer gallery. More interesting is a half hour documentary looking into Lee’s childhood, and is a great companion piece to the feature film.

An entertaining coming of age story which any Bruce Lee fan should not miss.