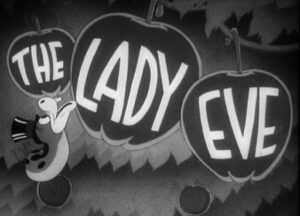 The fast pace of the screwball comedy, is for want of a more subtle word, frantic. It might not be the same as today’s rampaging, over clocked comedies but its still sometimes breathless watching. THE LADY EVE is a comedy that outstrips some of its content but like the best Preston Sturges films, it is directed within a inch of its life. Henry Fonda is Charles Pike. Heir to an ale fortune. Happiest in the jungle as a Ophiologist (they study snakes). He has a chance to return to civilization. He has to as his father wants someone to take over. 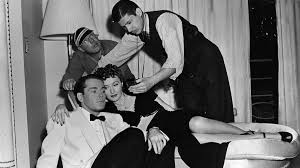 Then as he has to return home, he meets Jean Harrington (Barbara Stanwyck) a con artist. Along with her batty father, “Colonel” Harrington (Charles Coburn). Charles thought he knew all of his slippery creatures, after a year-long expedition up the Amazon but this woman might be something more. Though surrounded by ladies desperate for his attention, Charles is putty in Jean’s hands. 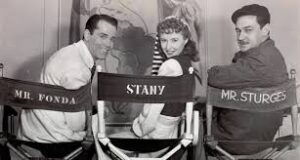 It is nice to see a film like this, treated as it should be. Criterion have delighted us and defined quality releases but this film deserves to be a document of cinema as historical product. It is a great study of genre. It is a funny film (one that might have over sensitive types flapping) and one that is pointed in its comparisons. However it is also a rewarding film for a multitude of reasons. 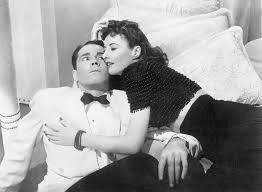 From its witty script, to its lovely designed decor and up all the way to its skilled direction. The 4K actually improves all of these for the viewer. Thankfully also no slips back into that horrid  standard definition, which made us all sad while watching DESTRY. Projected, it reaches a crispness and a clarity. The print was treated better however than the soundtrack. Which suffers a bit from white noise but as an optimist, it is a wholesome thing to endure. 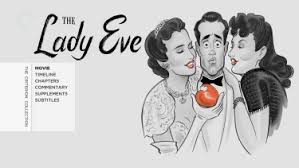 The extras are a case in point for Criterion. There worst, is others best.  Not a fan of the introductions (seen before) love the Audio commentary by Marian Keane. But heard this before. However the great video essay by film critic David Cairns is a top quality component that is the best of other labels. Not the best of this label. Its too sharp and quick without having richness or enough depth. 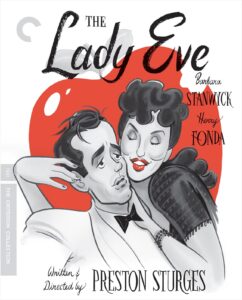 SPECIAL EDITION FEATURES
• New 4K digital restoration, with uncompressed monaural soundtrack on the Blu-ray
• Audio commentary from 2001 featuring film professor Marian Keane
• Introduction from 2001 by filmmaker Peter Bogdanovich
• Interview from 2020 with writer-director Preston Sturges’s biographer and son Tom Sturges and friends
• New video essay by film critic David Cairns
• Costume designs by Edith Head
• Lux Radio Theatre adaptation of the film from 1942 featuring Barbara Stanwyck and Ray Milland
• Audio recording of “Up the Amazon,” a song from an unproduced stage musical based on the film
• English subtitles for the deaf and hard of hearing
• PLUS: An essay by critic Geoffrey O’Brien and a 1946 profile of Preston Sturges from LIFE magazine