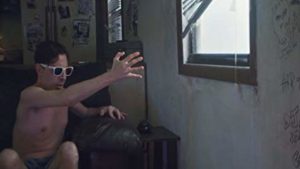 Joel Potrykus has been on the radar of a select bunch of film lovers for a while now. 2016 THE ALCHEMISTS COOKBOOK was the catalyst for a new wave of film fans to begin to notice his work. I didnt really get what was exciting. It was a 90s film, made 20 odd years later. It had the slacker vibe but lacked that essential sprig of something dynamic and immediate. Something now. Then along came RELAXER. 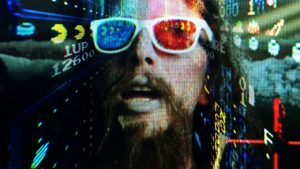 Y2K might be about to end the world. Abbie (Joshua Burge) is being bullied into challenges by his brother Cam (David Dastmalchian). Cam is a hard guy. Controlling almost. He videos everything that Abbie does as a challenge and when he is tasked to get to level 256 on the classic computer game Pac-Man, he wants him to make sure he does not to leave his couch until he does. However as the game goes on, the psychological toll builds. 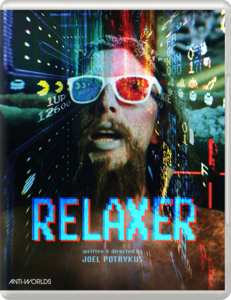 Relaxer is a mind-bending drama. Inspired by Luis Buñuel’s absurdist classic The Exterminating Angel, Yes that is quite right. Its an experience, why of course. More correctly said in my opinion would be this. It unleashes events on you like a waking nightmare. You are unable to detach from them and they come in the slowly enveloping state of despair. Captured in a single space and literally taking place on a sofa, RELAXER is a study in craft. Lead Burge won Best Actor at 2018 Fantasia Film Festival. Its easy to see why. His performance of the brow beaten and controlled Abbie, is magnetic. He is given space and material. The relationship with director Joel Potrykus, (who manages compacted wonderfully), benefited the film. They seem to work in tandem. One unwrapping a performance, the other giving the screen room to soak it up. 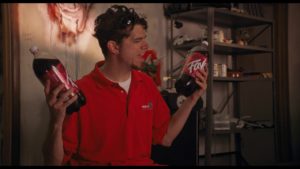 Let me be straight. BUZZARD (Joel Potrykus first film is on the set as a limited edition extra) is the main draw. Yes I liked the commentary on Relaxer (Potrykus is full of energy about the location, cast and that odd obsession with video games) but it is the film and its shorter cut that steal the extras show. The study of a con man, who is actually really a slacker in to deep. Then collapsing into the world of despair, is a great watch and is the antithesis of RELAXER. It is such Value for money that everything else is a bonus on a bonus…For goodness sake buy it!