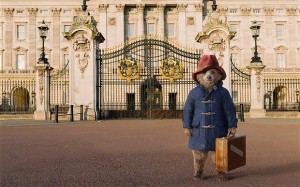 There’s a strange critical snobbery surrounding children’s films where the quality of the film can be assessed in three broad camps – no one will enjoy it (1 star) kids will enjoy it (3 stars) kids will enjoy it, but there are bits for adults too! (4 stars). It’s a facile way to write about entertainment, but a true one where critics almost feel like they get the day off because something is aimed at a younger demographic. Unfortunately directors often make the same mistake, too. What many people miss is that there is nothing inherent in an intended audience that denotes quality. A film that the makers hope children watch can be as thematically rich and as artistically made as anything for adults, just perhaps with less violence, swearing and sex (which can often be a creative boon as they have to find new sources of drama).

Paddington, based on the books by Michael Bond and directed by Paul King, is a joyous and sincere testament to this idea, that kid’s films can give anything more adult a run for its money in terms of humour, creativity and directorial flair. A top notch cast including Sally Hawkins, Hugh Bonneville and Jim Broadbent all perform with impeccable timing and warmth, while Ben Whishaw outshines them all as the voice of the eponymous bear, naive without ever being twee and instantly winning. Together they deliver the comedy perfectly, from slapstick that is actually funny, to sharp dialogue to classic ‘fish out of water’ antics.

It’s visually impressive, too, not only in the technical marvel that is the main character, but in the way that actual thought has gone into how the film looks. Dolls houses open into Wes Anderson-esque cross sections to show life with the Browns, while murals change according to the mood in the house. King keeps finding ways to throw colour and invention at the screen, throwing in many surprising touches throughout. To top it all off, it’s a film with actual themes, too. In days when the media has launched UKIP to undeserved fame, it’s heartwarming to see a film that celebrates diversity and difference, and actually portrays a city full of it.

The thematic richness, perfectly judged comedy, superior visuals and excellent cast do not exist in spite of it being a children’s film, but all serve the genre perfectly to make this a film of almost incomparable warmth and happiness. It’s a film with a positive outlook, not in the forced saccharine way of kids films from the 90s, but in that it sees the good of humanity, in passers by, in palace guards and even, eventually, in xenophobic neighbours. It’s a film with the purpose of making people feel warm and happy, and it succeeds on every level – it’s a family film, and a truly great one, too. They aren’t mutually exclusive.

Paddington is released on DVD and Blu Ray on March 23rd