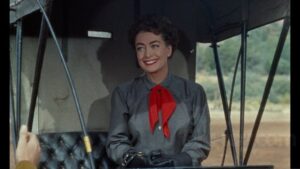 The greatest of all films, are the ones that challenge our own expectations in cinema. Films that some how challenge an orthodoxy or a convention. Sometimes film makers are hailed for this. Other times, film makers are lost in the eras expectations and disappear into frustration and failure. Nicholas Ray spent years in the wilderness in the US and had to wait until the French new wave grasped his films, before he could become something exceptional. To become considered as one of the great director. The reasons are vast and complex. they also reflect film history, film theory and some of the problems of film audiences. They are also difficult for me to relate correctly in a 1000 words article. 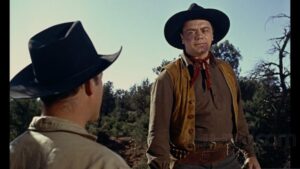 However, JOHNNY GUITAR can be very comprehensively defined by three features. The first is the films plot. Its rebellious and reviles conservative ignorance. Joan Crawford is Vienna, a casino and bar owner in the dust of the American west. She has a past. A sordid past. The locals are hostile due to this. Mercedes McCambridges Emma Small is the little minded monster that leads the mob. She smells blood and blames Emma for the actions of a band of silver miners, led by Scott Brady as The Dancin’ Kid. Riding into town is Sterling Hayden as Johnny Guitar or Johnny Logan to those who faced his gun. He has a hand for music and for killing. One he still does. The other he shies away from. 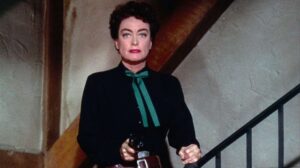 This leads to the second feature, the films comprehension of good and bad both visually and audible. Its unbalanced by the visual and motivation referencing we as an audience are used to. Emma is in black, Vienna is is in white. Men are framed as questioning. Directed more by ideals than orders. They don’t kill innocence. Political motivations are barked and actions are under visual duress. This lead to it being (in the words of Martin Scorsese’s excellent introduction) mis -understood by US audiences upon its release. They confused it as a comedy maybe. No free wheeling enemy. No good guy with a gun and simple authority of vengeance. In places you feel the brilliant potency of the greatest anti Western, western THE OX BOW INCIDENT. 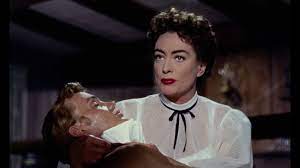 The third and final factor is discussed by both Tony Rayns and in David Cairns piece. Its that issue of sexuality and economics. The film is honest about Vienna. She paid for the place and sees it as the way to riches. The railroad is coming. Modernity is coming (a lot of people speak on this and Mark Cousins piece on it, is excellent). But if we counter pose this with Emma, landed, ill tempered and expecting, we see the American dream is Vienna’s and Emma wants to silence it. She also wants to stop the foreigners, the easterners, the outsiders. Read in all of this, competition. Read liberalism in an economic sense. 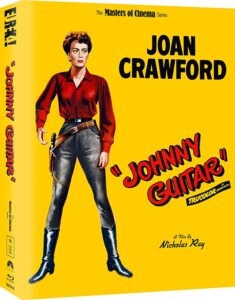 My love of JOHNNY GUITAR has always been in its visual and formative elements. The Tru Colour here is gifted a better balance of colour depth than I have seen before. It is 1080p and it does sometimes defuse a little but it is in the interior earthen colours and the exterior sky that my old DVD looks like a terrible and empty version of a masterpiece.