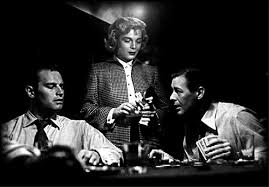 Arrow Academy have been spoiling us of late with there extraordinary Noir film releases. William Dieterle is not the man I think of though, when I think of Noir films of the B cinema. DARK CITY, is his revenge film set against the backdrop of grifters, cabaret girls and suckers, ranks highly on the Genre shelves however. It also ranks highly in Dieterle’s filmography and any studio’s catalogue. A catalogue that included  The Devil and Daniel Webster and The Story of Louis Pasteur. So it is time to feast your eyes on this for a few seconds! 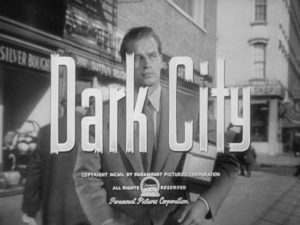 Danny Haley (Charlton Heston) is a racketeer and middle size gaming runner. He has an operation and a group of hustlers, who all do his bidding. One night he strikes lucky.  A man called Arthur Winant (Don DeFore) has a taste for the cards and a $5000 cashier cheque. When Arthur loses it in a poker game and the ends up killing himself, the hustlers get nervous. You see they might be afraid that the police will want to take a look at the cheque certainly. They did not bet on the mans brother coming on the scene and wanting to grind the hustlers out of existence. Now they have to run from the dead man’s vengeful brother as he deals with them one by one. 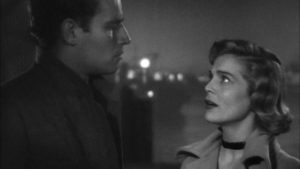 Sounds like a Proto slasher…nah. Its a classic case of vengeance is mine. God in the old testament, the gods of the Greek myths and even the classic Gilgamesh deal with singulars and so here it is begun again. The best of the film is in the tension of the hunt. The prey waiting and sweating to the kill. Dieterle frames majestically. Holding the tension, tracking the line and the music cuts. Death is but a savage explosion of skill. 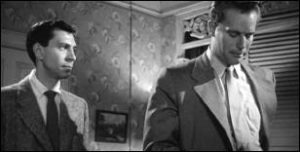 Heston is a man of faces and body. Dieterle, an actor before directing, knew this and exploits it with a causal grace. It stands up to the menace of time because it is told with tonal craft and without baggage. Lean like a cheetah and the best of the B movie magic of the period. 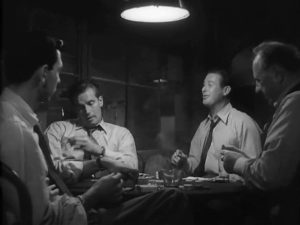 The new presentation is a slight improvement on the older DVD one. That was all light bloom and shade and this is light and shade witrh correction.