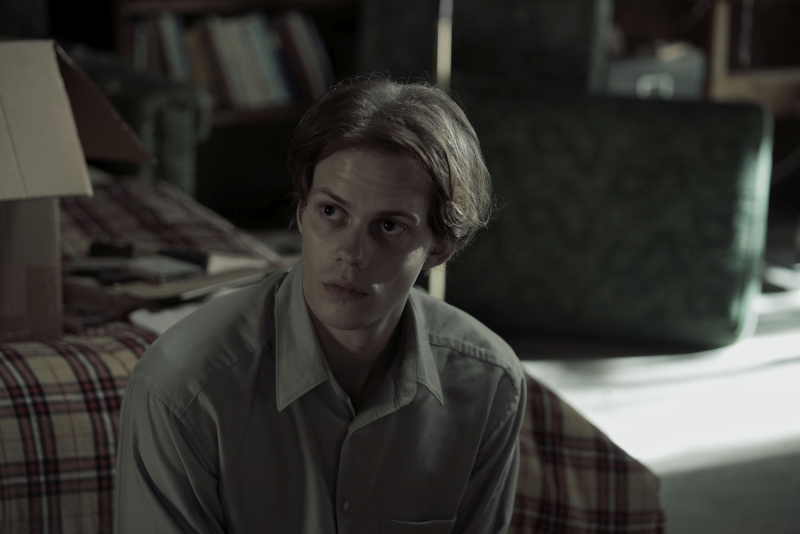 Locations in Stephen King’s novels are always significant. Regardless of the various monsters and killers that inhabit his books, it’s often the locations that serve as a corrupting influence on the characters. Think of The Shining and you immediately think of the claustrophobic Overlook Hotel that possesses Jack Torrance. In It, The town of Derry is almost complicit in the darkness that takes over the town. In Salem’s Lot, the town calmly acquiesces to being overrun with vampires, and the less said about the pet cemetery in Pet Sematary the better.

The characters in Castle Rock, a psychological horror series based around the work of King, share this belief. “It wasn’t me, it was this place” the characters say of the eponymous town, and it certainly seems to be true, as the location is suggested to corrupt those unfortunate enough to drift into it’s orbit.

King’s work looms large in the series, with references to his books liberally scattered throughout, from Shawshank prison to the presence of Sheriff Pangborn and the unsubtly named Jackie Torrance. The author’s influence is even reflected in the casting of Sissy Spacek and Bill Skarsgard, whose most iconic roles were in King adaptations. 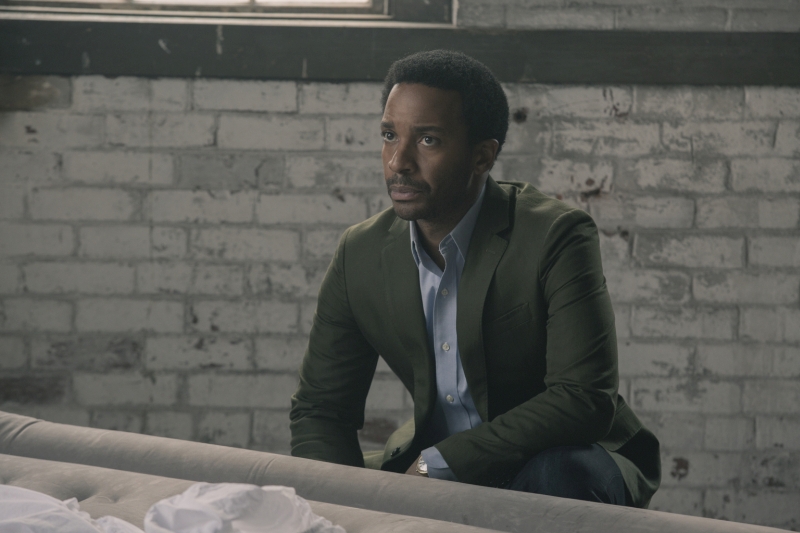 The series kicks off with a suitably nasty suicide and the discovery of a malnourished, sickly looking young man (Bill Skarsgard) in the basement of Shawshank Prison. The only words he utters are “Henry Deaver” a figure notorious in the town for his supposed abduction in his youth, and the subsequent mysterious death of his father. When Henry (Andre Holland) returns to Castle Rock, he finds the situation is more ominous than he imagined, as well as having to care for his mother (Sissy Spacek) who is in the early stages of dementia, and renewing his friendship with Molly (Melanie Lynskey) a childhood friend who has secrets of her own. 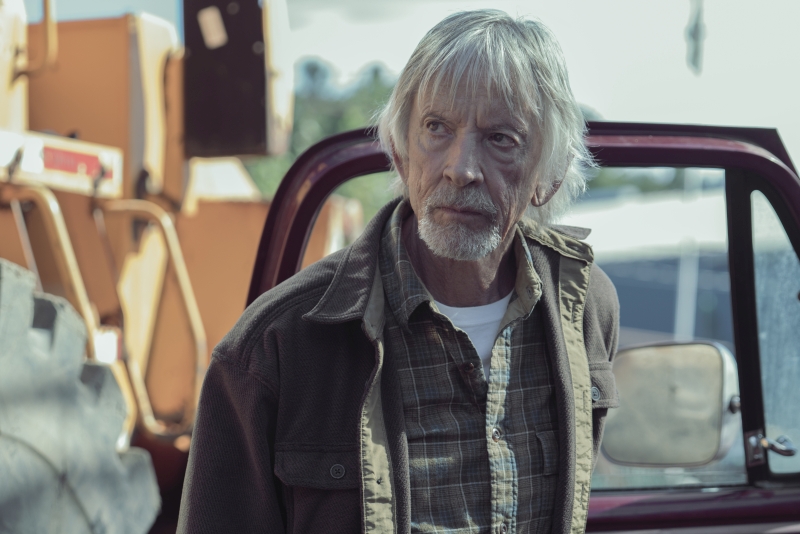 That is an awful lot of plot to unpack, and it’s fair to say that the show takes it’s time getting there. The languorous pacing might turn off some audience members, and it’s admittedly a slog to get through the first few episodes. I love when shows refuse to spoon feed the audience, and this is certainly the case here, although at times it gets frustratingly oblique. The writing from Sam Shaw and Dustin Thomason is sensitive, and brilliant in places, but tonally the series is uneven and clunky.

It just about holds together though, thanks to the eerie atmosphere that hangs over the series, and some incredibly creepy set-pieces. The most fitting comparison I can think of is Fargo crossed with The Haunting Of Hill House, which also took it’s time setting the pieces up, only to showcase the characters in a handful of virtuoso episodes. Castle Rock is a lot bigger in scale, and in truth struggles to wrap up it’s numerous plotlines. There are a lot of loose ends by the end of the series, and a lot of diversions that add nothing to the story. It’s unnecessarily nebulous in places, with a lot of unanswered questions, but creepy in others and devastating when it needs to be. The final episode aims for ambiguous but ends up vague, which isn’t the same thing. 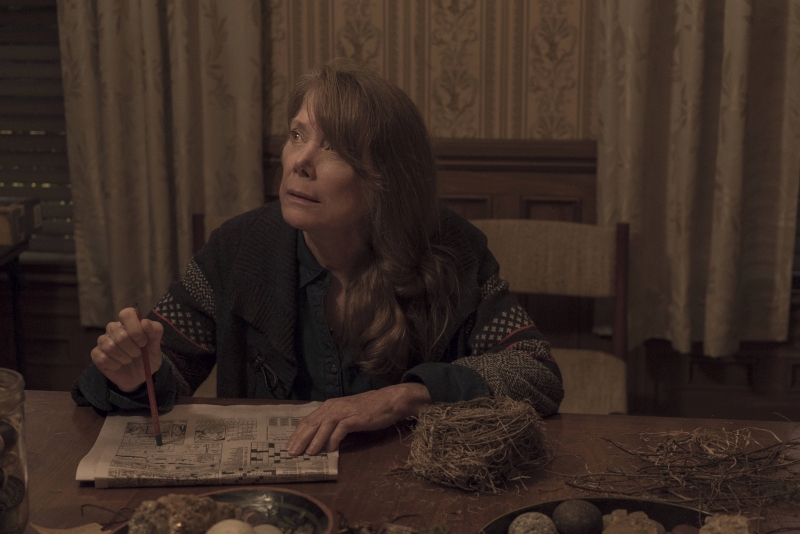 While the series has it’s flaws, the seventh episode – The Queen – is easily, comfortably, the best hour of television I’ve seen this year. It’s quite simply a masterclass of writing, editing and directing, and Spacek’s performance is phenomenal. She absolutely nails the confusion, the brief moments of happiness, and the overwhelming sadness of dementia, as she starts to lose her grip on reality and wanders from memory to memory. The ending is utterly heartbreaking, and raises the bar of the whole series.

Spacek’s performance deserves all the plaudits it can get, but there are plenty of other great turns here. Melanie Lynskey gives the most humane performance, making her character sympathetic despite a plethora of flaws and quirks; Scott Glenn is both sympathetic and suspicious as the grizzled sheriff, and Noel Fisher is quietly affecting as the troubled prison guard, lending what could have been a one note part an innocence and poignancy that makes him a quietly tragic figure. 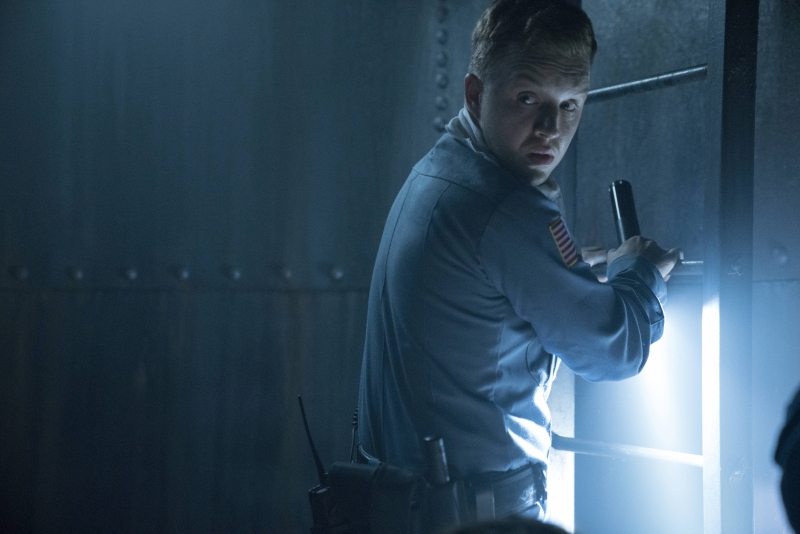 Less successful is Andre Holland as Henry. He plays him as a bit of a cypher, which makes sense given his status as an outsider, and the mystery surrounding his family. He often comes across as stiff and unlikeable, and it’s not clear if this is the character or the actor. Skarsgard, meanwhile is eerily effective as the unnamed prisoner; so much creepier than the high camp he exhibits as Pennywise. Here there’s something otherworldly and discomforting about him, but you’re never sure what it is until the ending. He barely says or does anything but he positively oozes malevolence.

Castle Rock is a gripping, atmospheric, unnerving series that draws you inexorably into it’s clutches and doesn’t let go. However it’s also an uneven, frustrating watch. At it’s best it rivals any of the anthology series of recent years, but it’s inconsistent, plodding and messy in places. It isn’t as satisfying as something like The Haunting Of Hill House, but it keeps the ominous tone throughout. The performances are great across the board, the dialogue is effective, and there are several truly chilling moments. Crucially though, it manages to feel true to the nature of King’s novels, and it’s worth watching for Episode Seven alone. Series 2 will be set in The Overlook Hotel and I’m cautiously optimistic!