A Formula for murder DVD review 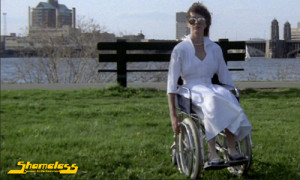 When a young disabled woman is a brutally attacked in a park in New York it leaves her scarred for life. When she meets and marries a good looking and adventurous tennis instructer, she seems to have the past left well behind her. Sadly as we all know, these stories never end up as they should and he is plotting something, something that we cant quite understand at first but something that will change her life, his life and the lives of anyone who might get in his way. 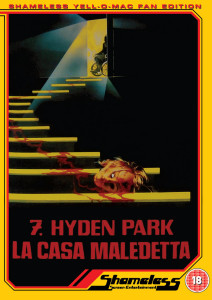 This could have been called 80s murder thriller Italian style. It is a Giallo that is for sure but it is also has the nods to those 80s classics and also the structured conventions of American mid 80s erotic thriller cinema. Do not expect a masterpiece of the form. Do not expect a coherant plot or balanced performances. Do however expect that the 90 odd minutes of the film to have great tidal movements of acting, directing, production and outlandish storytelling. I was not sure going in. I was of the mind that the film would be another Warbeck film that is over egged and considered great when it is a stinker. I actually came out thinking that this might just be a better film that even those at Shameless films expected. For anyone of a film making background and an opinion in what should be considered ‘good’ avoid this. If however you want to see cinema that is both visceral and visual, that is excess and extravert than you should smile to yourself while watching this. 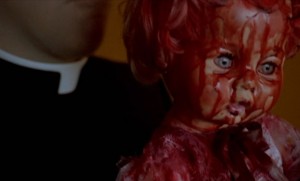 The DVD comes with a Yellow mac and a good commentary. This helps clear up the whole lighting in the house issues some might have.