Win Tickets to The Playground Festival 2013 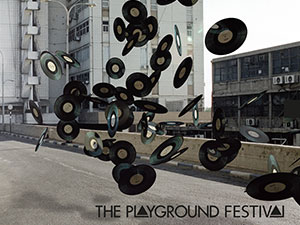 Coming up in just a few weeks is a festival with an unrivaled electronic lineup – The Playground Festival. This time around it comes to Brixton Academy, with almost 10,000 people expected across the two days.

Leftfield having just announced that they will be playing some new material for the first time as part of their headline DJ set!

The Saturday boasting more of a penchant for the techno, electro and glitch fans. Headline for this night, Squarepusher – with his latest Ufabulum show. Also on the Saturday, electronic music pioneer Gary Numan performing live. Also on the bill, some of the ‘fathers’ of the Detroit techno scene – The Belleville Three A.K.A Derrick May, Kevin Saunderson and Juan Atkins.

With new acts still be added to the bill, the weekend looks set to be a corker! Rain or shine, it’s not going to ruin the party!

If you can’t take the chance and want to get yourself ahead of the game… head over to the main site for full details. Tickets are priced from £27.50.

We have a pair of tickets to give away to the Friday night, 7th June.

When was ‘Leftism’ released?

THIS COMPETITION IS NOW CLOSED