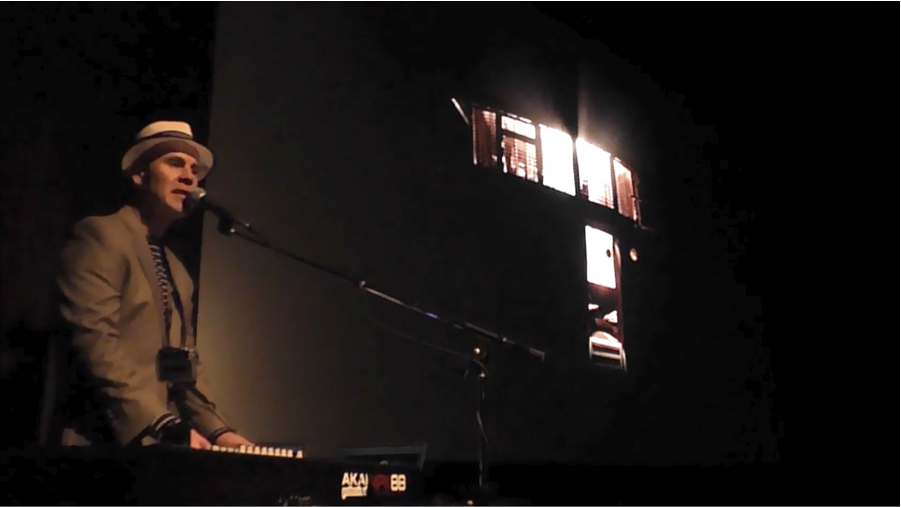 The new show from Thomas Dolby in the beautiful surroundings of the Union Chapel is a unique concept bringing together film with and music in a performance of his self-made and very low budget (costing less than a grand to make) film, The Invisible Lighthouse, with  Dolby performing the soundtrack and narrating live.  He is accompanied by Oscar winning Foley artist Blake Leyh (best known for being music supervisor on The Wire).

Dolby has always been a bit of a musical pioneer with his synth-pop futuristic music and having started a digital company Beatnik (formerly Headspace) which produced a new download format, and is also music supervisor for the TED conferences, so his pursuit of new digital filmmaking technology  comes as not too much of a surprise. And Dolby talks in the Q& A afterwards about the joy of discovering the new filmmaking available now such as a quadracopter camera that is activated with his iPhone, GoPros on sticks that as he puts it “make it look like you’ve got a SteadiCam operator following you around”, as well as great editing software.

The film itself is about Dolby’s connection to his childhood home of the East Anglian coast, Orford Ness, and his discovery that the lighthouse that had been such a big part of his childhood memories was going to be shut down. The set up is rather basic mainly concentrating on landscape shots of East Anglia which show things like its eroding coastline and its use as former testing ground for military weapons, as well as Dolby doing a lot of music video-like walking around. And consists of a lot of special FX such as colour grading and solarised looking shots, which suggest Dolby has been having a lot of fun and experiments with his editing software. But it is also charming in its noviceness and low budget feel.

What lifts the film above just being another pop star’s vanity project is the sense of continuity we get with Dolby’s work. Songs from 2011 album A Map Of The Floating City like the haunting ‘Oceanea’ and ‘To The Lifeboats’ are worked into the soundtrack and show East Anglia’s influence on them,  telling stories of a submerging world like East Anglia’s eroding coast. And Dolby tells us that that particular album was actually recorded in a studio he built on a lifeboat docked on the coast. 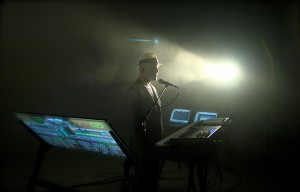 Dolby himself is an amusing and personable guide and entertains the crowd by using props such as a sheet anda torch when recreating a memory of him under the bed sheets reading comics and a Guinness Book of Records. While his relation of two servicemen who reported seeing a UFO while near Rendlesham forest in December 1980, something that Dolby thinks could’ve been freak weather conditions and the beam of the lighthouse, is comically sceptical.

His exploration of memory is meanwhile is interesting, although nothing particularly new, showing how memories become distorted with time, and how the lighthouse whose beam was seemed to be strong in memory and which he read was the strongest in the UK was actually ‘pathetic’ in the present reality.

At the end Dolby treats us to some songs including Hyperactive and She Blinded With Me Science with a keyboard fastened to his stomach so that, ever the showman, he could swivel it round like ZZ Top’s guitars.  It was a fun end to an interesting night and it certainly got me exploring Dolby’s music further, though whether the film would stand up on its own without Dolby’s presence is debatable but then it looks unlikely to be shown in any other way so catch it while you can.