Project Wild Thing is the name of an ambitious scheme created by award-winning filmmaker David Bond to get children away from screens and back into nature. His intention is to promote nature as a product, just like Coca Cola or Volkswagen. This hilarious, entertaining and thought-provoking documentary charts the projects birth and progress. He brands himself as the ‘Marketing director for Nature’, stands in a squirrel suit handing out leaflets, and seeks out creative executives to help with the branding. He is also the films director, the producer is Ashley Jones, a colleague with whom he runs the film production company Green Lions.

With the right support, Bond managed to create an expensive marketing campaign free of charge. An image of his five year old daughter licking a toad was displayed on billboards and in shopping malls. The reasons for this idea stemmed simply from the fact that he has young children and wants to see them engage with the outdoors. Since the movement launched it has received support from 170 organisations. ‘The Wild Network’ is a group of charities and organisations including National Trust, RSPB, Play England, Play Scotland and NHS Sustainable Unit. Ideally, Bond would like to see wellies provided in schools and compulsory indoor wet play eliminated. He would like the importance of nature to be more widely featured on the school curriculum. However, as he acknowledged after the screening in the Q&A, government intervention is an area that is avoided on the documentary as it is unlikely the matter will be given the attention that it deserves. 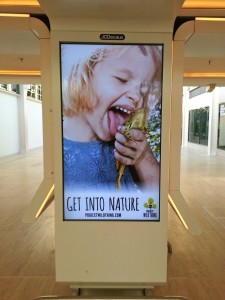 It is a film about the power of technology and the negative effects it is having on family dynamics and the well being of children. Childhood obesity is on the rise, as we are all aware, yet this documentary also focuses on the importance of inventive physical play to a child’s intellectual growth and general happiness. The commercialization of games and play mean imaginations are left unchallenged. It is also a study of advertising, media sensation and the persuasive impact they both have on keeping us indoors. It is not just children that are becoming disinterested with nature that has led to this, it’s parental fear perpetuated by the horror stories of abduction constantly featured on television. Bond states at one point: “The chances of a child being abducted are as slim as being struck by lightening”. A conversation between him and his mother outlines the gulf between then and now, as she recalls her time outside playing from morning until night without her parents giving it a second thought. The distance that children play from their home has shrunk by 90%.

The points made in the film are by no means presented in black and white terms. While PWT sheds light on the downsides of excessive technological consumption, it also embraces its potential. A ‘Wild Time’ app has been created for children to be used outside, one that contains different ideas for games to play depending on time constraints. Likewise, PWT could be seen as targeting the middle class families with the latest mod cons and the freedom to roam National Trust properties at the weekend, its message is actually encouraging anybody with children. Bond was challenged after the screening in the Q&A about whether he had considered the families who were too concerned with paying the rent to give nature the dedication required, and whether his middle class status had made him underestimate the difficulty for these people.  He acknowledged his privileged situation but argued there is always a way of getting into nature regardless of background or circumstance. In fact, he said, many rich families make little use of their surroundings whilst children on impoverished estates can’t get enough of the tiny amounts of green space on offer to them. At one point in the film, he visits the remote island of Eigg in Scotland, and discovers the children there are as attached to computers as those in London. 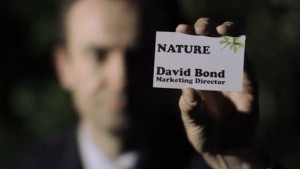 Project Wild Thing is appealing as all viewers can connect with the message that it carries, despite the main target audience being parents and children. With the ease of social networking and the rapid expansion of the internet, many people are guilty of being technology dependent. One of the most effective moments in the film is a question it raised during a survey: ‘Recall the days when you were the happiest’. The results were astonishingly similar, most responses involved being outside exploring and spending the day with family. Equally, it is enlightening, informative and engaging. It has purpose and something important to say. It is convincing, encouraging and motivating without ever feeling like a repetitive lecture. Bond is incredibly enthusiastic and dedicated to his worthwhile cause, but he doesn’t take himself too seriously and neither does the film, creating a fun and enjoyable experience worth watching for entertainment alone. The fact he carries around business cards with his new role printed on them, and a briefcase which holds nothing but a model of a felt field and rabbit has a tongue-in-cheek quality that acknowledges the initial absurdity of the idea. An incredibly anti-capitalist concept is presented in the style of a capitalist marketing campaign. PWT is expertly paced and edited, and is also uniquely uplifting and warming. It’s difficult to not fall in love with it and want to begin changing old habits straight away, to go for a walk in the rain in an anorak and wellies, with ones phone left on the kitchen table.