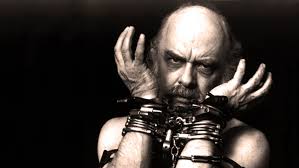 We’re all too aware of the self-labelled ‘psychics’ that prey on the beliefs of vulnerable people and exploit them for financial gain. These folk dwell on the cable channels and attend ‘ghost hunts’ where  family members are led to believe they are communicating with the recently deceased, by way of some general drivel about a lost key or somebody named John. These stabs-in-the dark are then seized upon by the recently bereaved. Indeed, arguably these people are doing nothing wrong. If believers wish to believe, and take some comfort in it, who are skeptics to criticize? However, An Honest Liar presents extreme examples of these fakers exploiting these believers to a damaging and dangerous extent. The documentary tells the life of magician “The Amazing Randi”, a successor to Houdini who spent successful decades wowing audiences with ridiculous feats. As someone who ensured all audiences knew what he was doing was purely illusion, he was troubled by other conmen that posed as faith healers, and spent the latter half of his career trying to expose them.

Directors Justin Weinstein and Tyler Measom  guide us through Randi’s most iconic debunks, in particular Uri Geller and a supposedly religious healer who told the audience that God was speaking to him, when in fact it was his wife through an earpiece. It’s hilarious how they managed to convince Geller to actually speak in the film, for all their derogatory skepticism (his huge mansion has hedges cut into bent spoons, apparently.) It’s all good fun, but the film is let down by the emphasis on Randi’s personal life and relationship. Now an elderly man, he finds himself faced with a deception within his relationship, and the filmmakers focus on that rather than his views on his life’s work or those that are deceiving on a larger scale in the present day. It’s understandable as the parallel is too key to ignore, but that doesn’t make his personal life more interesting than his life’s work.  The stories we’re told of conmen and uncovering untruths were all decades ago. What’s still going on now? What does Randi think about that? The film doesn’t tell us, instead it just spends the latter half of the documentary dwelling on this man’s personal life and his relationship, which is far less interesting than his life’s work. 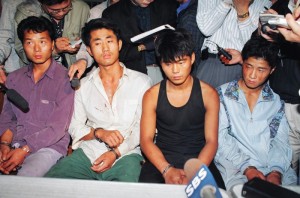 Non Fiction Diary examines Korea during the 1990s, an era not often often explored in cinema. By focusing on the decades most traumatic events, director Jung Yoon-Suk highlights how the economic freedom following years of hardship under military rule brought about its own darkness. The new greed of the age led to the collapse of two shoddily built structures; the Seongsu Bridge, and a shopping mall that killed 500 people. Likewise, the new elitist political system led to Korea’s first serial killers; a group of young men disillusioned by poverty determined to kill the privileged and ‘kill the rich’. The film holds chilling footage of the murderers being interviewed, and follows their trial and eventual execution. However the archive footage and first hand accounts of the department store disaster is the most chilling. This documentary that was five years in the making isn’t the easiest viewing, but worth it for an interesting slant on the downside to idealistic economic visions.