Out Of The Furnace Review
Home
Reviews

Out Of The Furnace Review 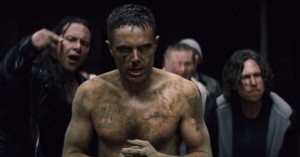 Out of The Furnance has the makings of a good old fashioned tale of revenge and redemption, set amidst the backdrop of small town poverty and industry, Christian Bale leads an all star cast through a weighty story, which unfortunately lacks any depth or real charisma.

Starring Bale (who gives a strong performance as Russell Baze, despite having a somewhat weak character), Casey Affleck, Zoe Saldana, Woody Harrelson, Sam Shepard, Willem Dafoe and Forest Whitaker and directed by Scott Cooper (Crazy Heart), this has all the makings of a high quality film but the script really lacks interest past the initial premise and really none of the actors are used to the extents of their ability. Despite this, the cinematography is beautiful and the location shooting really does help, this otherwise mediocre film. The audience are placed within surroundings, which are unlike most settings in movies coming out at the moment. There is an intense sense of claustrophobia and the need to escape, get out and leave for something better and yet Out of The Furance shows that there really is no way to get out of this world that you are born into and despite all you do, you just burrow deeper into a hole. Possibly a touch grim, it is better to think of Cooper’s filmmaking as atmospheric, almost like a photograph.

The storyline isn’t anything that hasn’t been done before, but it is a tried and tested formula that filmmakers know work. It just 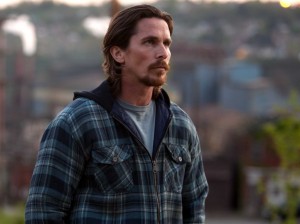 seems in Out of The Furnace, it falls flat from what it could have been despite all intentions. The story follows Bale’s character, Russell, a steelworker who appears to have had a rather tempestuous history but this isn’t explained, instead choosing to focus on the present. He has a positive relationship with his girlfriend, Lena (Saldana), as they are trying for a child. His brother Rodney (Affleck) is a war vet who is traumatised from his time in action, his yearns for violence towards him and to dull the pain that he so often feels, gets involved and paid to take part in bare knuckle fights, which are organised by the local mobs. Their father is on his deathbed at the start of the film but the boy’s uncle (played by Shepard) keeps an eye over them throughout. Dafoe plays John, one of the guys that helps organise the fights and ensures everyone is ‘looked after’. He is in fact a nice guy and wants to look out for Rodney. But when Harlan DeGroat (Harrelson) comes sweeping into town, his random acts of violence and evil look set to turn the lives of these characters upside down.

In terms of the story itself, it is a very clear and obvious narrative, which really only had one ending but despite it obviousness, the tension still exists. Russell is jailed after accidentally killing someone in a road accident (he had been drinking) and whilst in jail, his girlfriend leaves him and moves onto the police chief (Whitaker). Whilst away, Rodney has become more involved in these corrupted fights, where the only point is for money to be made. He decides to fight back and not give up during the fight, as agreed. When he persuades John to allow him to fight in Harlan’s ring, John is skeptical especially as he knows the ways of the beast. Rodney promises he will do as he is told, which of course he doesn’t and then ends up getting killed himself. After Russell is released from prison, he moves back in with his brother and when he finds out about the murder, decides to get on a revenge trail and get the man that did this. 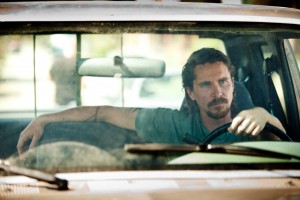 What Cooper does do well is subvert the traditions of the genre, especially considering the whereabouts of the characters. Russell works in the factory because that is what is father and uncle did and because it seems to be the best form of salary for someone like himself, someone who can’t see further than the edge of town but Rodney has no interest in that, he wants to live and to feel. Whilst a picture like this really should be filled with rough, tough guys, it is in fact only Harrelson who plays a threat to the lives of the characters. It is interesting when the expectations of the audience are turned a little on their heads but this does make the intensity of Harlan, at times, difficult to bear because he is pure evil. Out of The Furnace also has no idea where to place women; Saldana’s character is the only main cast member and even then she is quite pointless. She is simply a plot device used to create tension between Russell and Whitaker’s character, Chief Wesley Barnes. She appears in only a handful of scenes, which seem a waste on her talent, especially when it would have made more sense for her to be more actively involved in the emotional power play of the story.

On paper it sounds intriguing and whilst watching it is entertaining enough but when the credits roll, Out of The Furnace just becomes a forgetful mesh in amongst the rest of the films in this hardboiled genre. It isn’t a silly thing to suggest high expectations for this film, considering the director and casting but yet, what it boils down to is a slightly weak and somewhat uninvolving story.