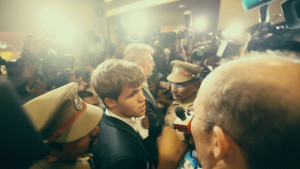 Chess is the game that inspired leaders, civilizations and wars. It is also the art form that a young Norwegian man called Magnus Carlsen took up at the tender age of 5. He understood the magic the pieces cast on the player, the infinite number of moves that can be played and the duellist type nature of the event. He also suffered abuse, isolation and the ostracism of those in the craft. This made him realised he was good, he rose to the heights and finally was on top of the summit to challenge the reigning champion in India. 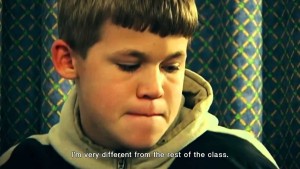 My points on this film exclusively ranged from Passion to menace. What I mean in the first case is that this is a story of a man coming into his skill and craft with passion. He loves chess and is obsessed by it. He imagines its waves and ranges. These play to the viewer sense of what Magnus is. He is a very talented man that is overwhelmingly nice and tender in his self. He wants to win but is a competitor. He wants to be the best but also be better. He is not the most engaging but he is a character and one we warm to. Norwegian cinema has often grappled with the loner and the renegade in its construction of character and here it has its work cut out. 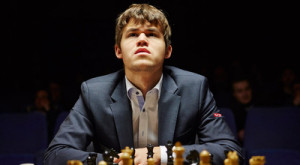 Where the film fails is that it has a body of a tragedy but is actual anything but. Its bleak resonance is often so piercing that you expected a mass murder or genocide to take place. In seemingly emotive scenes of a direct to camera address, we feel that the Shoah is being discussed. This is down to tone and score. Then we have the lack of push to find details. Push to find the reasons. Bullying is half heartedly treated with and disposed off without deeper address. The pain of loss is treated with disdain in order it felt not to round off Magnus. Sad as this Norwegian kid deserves better for being a hero to children and a face to pin the future hopes of Chess as a sport for the masses on.