Each year at the London Film Festival, the ‘Treasures’ strand boasts a selection of the most recently restored gems, forgotten or not, from the archives. Below are capsule reviews for a selection of films that screened at the festival this year. 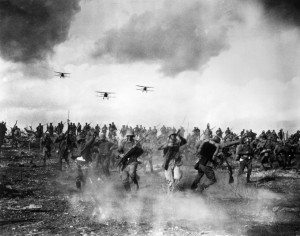 Marking Paramount’s centenary, the new restoration of Wings (1927) begins with a reverse chronology of the studio logo’s many variations; thereafter, integrated sound and colouring effects add new life to its jaded story. Credited as the first film to win the Oscar for Best (then ‘Outstanding’) Picture, Wings balances its wishy-washy love triangle with extraordinary aerial combat scenes, packing a bloated narrative with emotional sweep. Courting throughout the fine line between brutality and melodrama, the film sets its unfulfilled romance up to be between Sylvia (Jobyna Ralston) and one of Jack (Charles ‘Buddy’ Rogers) or David (Richard Arlen), but as Mary Preston, Clara Bow has other ideas. For all its impressive action, the film’s most joyous passage is that which follows its intermission, in which Bow pursues her man by exploiting his bubbles-inducing drunken stupor. Look out for the cameo from a young Gary Cooper as Cadet White. 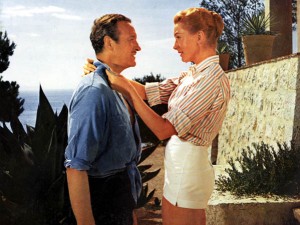 Bonjour tristesse contains three of the best performances you were likely to see at this year’s London Film Festival, from Deborah Kerr, Jean Seberg and David Niven, whose talents amount to a wholly plausible depiction of the dormant tensions brimming beneath the debauched but somehow vulnerable lifestyle of a self-preserving bourgeoisie, which knows no other way of living than by destructive implosion. Unfolding from a black-and-white present, the film presents flashbacks in vivid Technicolor to one eventful summer on the French Riviera, as experienced by Cécile (Seberg), whose attempts to adjust to rich father Raymond’s (Niven) new fiancée Ann (Kerr) shift gradually to spiteful efforts to break them up indefinitely. Preminger asked more of Seberg than Godard did a year later in Breathless (and afforded her more space, literally: the film has a gorgeous 2.35:1 ratio), and she embodies a wide range of emotions. Kerr, giving arguably the finest of the three great leading performances, imbues Ann with all the sensitivities and confidence by which a middle-aged woman of leisure and wealth is marked. Between these two women, Niven is the hapless Raymond, an amoral philanderer whose charms are outstripped by his capriciousness. The film is due for a re-release in France on 2 November. 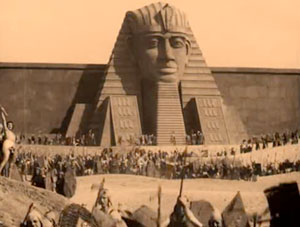 Though some of it remains lost, this new restoration comes with extensively re-worked (English) intertitles and faultless colour tinting. Those familiar with Lubitsch’s rambling ‘pantomime in six acts’, 1920’s Sumurun, may find this equally stifled sextuple work a tad unwieldy. As ever, though, Lubitsch frames with such gorgeous precision that his leap from emotionalised close-ups to the showmanship of crowd scenes quite enthralling. As the tyrannical Pharoah Amenes, Emil Jannings gives a commanding physical performance that injects much pathos into proceedings. The Loves of Pharoah lacks the magnetism of Lubitsch’s silent collaborations with Ossi Oswalda, though. 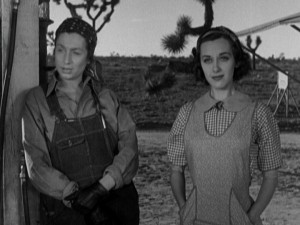 This duo of ‘pre-Code’ crime flicks made for a tight double-bill at this year’s Festival. In LeRoy’s, two sisters (Aline MacMahon and Ann Dvorak) run a service station in the middle of the Mojave Desert, welcoming any custom that fate brings their way. A hot, sweaty atmosphere is consistent, but tonal shifts are cued by the arrival of various clienteles, including two wealthy divorcées and their chauffeur, and a penniless Mexican family. Out of the past comes George (Preston Foster), ex-boyfriend to one of the sisters; quick to spot an opportunity, George sticks around in the hope of stealing some loot… Like the service station itself, which is called “Desert Service Station”, Heat Lightning is an economic film whose suitably languorous pace doesn’t seem to matter much. Like us, its characters are grateful for any narrative incident, and there’s a lovely musical interlude provided by the Mexicans about midway through. 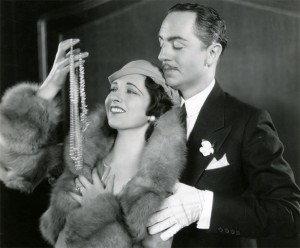 If George’s would-be theft is opportunistic in Heat Lightning, the chief antagonist of Jewel Robbery is more industrious. Credited only as “The Robber” (William Powell), this beguiling and learned gentleman thief (who prefers the term “robber”, since it “has more flavour”) pre-empts The French Connection’s Alain Charnier, only the setting is Vienna and the production values slimmer. His real thrill is robbery, but along the way he falls for material girl, Baroness Teri (Kay Francis). There’s a light touch throughout, cued early on when two bank managers work through a demonstration of their new faultless security system, only to both faint at the news that the bank was robbed while they were speaking. Killer exchange between two women discussing a diamond: “What wouldn’t a woman do to get a jewel like that.” “I’d happily deceive my husband.” “I’d do much more than that – I’d tolerate mine.” 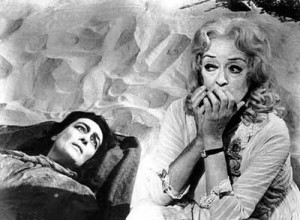 After seeing Whatever Happened to Baby Jane?, it’s not surprising to learn that its two leads, Bette Davis and Joan Crawford, had a tempestuous relationship before, during and after the film’s production. Both acquired injuries during shooting, and when Davis was nominated for an Oscar, Crawford rallied against her, picking up the award on winner Anne Bancroft’s behalf – much to Davis’s bemusement, given that both had agreed to a lower salary in return for a share of the film’s profits, which would have swelled considerably had Davis won. Whatever, the on-screen results are fruitful, and even if the film has dated somewhat to the point at which its LFF audience laughed at Davis’s every gesture – perhaps as some kind of defence mechanism – the film’s grotesque horror finally conquers its earlier camp. Davis and Crawford are both excellent, but the claustrophobic nature of the film allows Victor Buono, here in his second film role, to bring things alive whenever he enters a scene. The film has been restored to mark its 50th anniversary, and is re-released on 16 December.