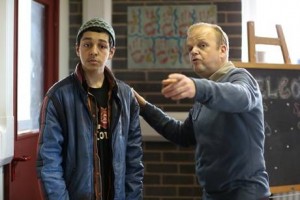 Bruce Goodison’s provocative, important and touching Leave To Remain is a film that was crying out to be made but it would take a very sensitive team to put this tale together. Based on true stories that young immigrants coming to England have told, Leave To Remain focuses on three young individuals; Zizidi (the incredibly talented Yasmin Mwanza), Omar (Noof Ousellam) and Abdul (Zarrien Masieh) all of whom have come to seek refuge and start their lives in England after escaping torture, pain and danger in their home countries. Like many immigrants today, they have entered into the British legal system, become a case and fight all they can to seek asylum and be awarded indefinite leave to remain.

Also starring Toby Jones (Berberian Sound Studio), alongside great sounding music provided by Alt-J, Leave To Remain floats many of the discussions had today about both the numbers of those trying to seek asylum in the UK alongside what actually happens and what these people have to go through once they are here.

Jones’ characters runs a community called Paradise for these kids and young adults who have come from around the world, usually with no one else and nothing 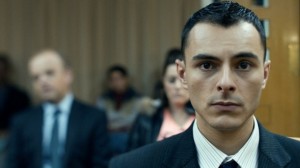 to their name. At this place, he helps them learn English as well as integrate into society and learn to interact with one another. He grows close to them and helps them with their legal proceedings, aiding them to stay in the country and hopefully start a life of their own. Goodison chooses to focus on the story of three from his group; Zizidi who has escaped from Africa where she was kidnapped, raped, forced into marriage and to have children whilst living a life of abuse and she is only a teenager, Omar who comes from Afghanistan and tells the authorities about the life he has escaped where he was subject to danger and prejudice but everything he has told is suddenly thrown under the spotlight when Abdul joins the group and harbours a dark secret that could threaten to overturn everything Omar has said.

Whilst Abdul learns to integrate within the group, whilst dealing with his own post-traumatic stress disorder (after seeing his family killed by the Taliban), he also finds himself thrown into a prejudiced (although most would say otherwise) UK legal system, which doesn’t believe he is only 15 and thinks that he is simply telling stories about his family to get attention. When he receives letters in the post telling him when his dates to meet with the court officials are, he grows scared and anyone in a uniform is too much for him. Meanwhile Omar is in the last days of his case, and soon he will find out whether he will be granted an opportunity to leave legally in the UK but he needs to keep Abdul quiet for as long as possible. Whilst at first, the tension between the pair seems to be enough to threaten both of them, they eventually learn what one needs from the other and what they were forced to believe back at home. 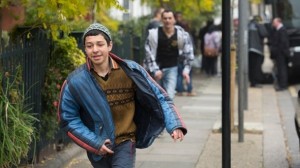 Leave To Remain is the imperative sort of film causing discussion right now, which causes the audience to look internally and at the society they live in. Whilst we live in peace without a constant danger, there are others throughout the world who live in pain and suffering on a daily basis but our society cannot seem to see past the legal and the illegal. Whilst the music at points adds to some of the situations within the film, there are others that it seems to be added for melodramatic purposes to aid in how the audience should be feeling, but it isn’t necessary as the audience should already be there.

The performances from the entire cast are great, but the highlight is certainly Mwanza as Zizidi who manages to be funny, beautiful, caring and sad all at the same time. Her story is heart wrenching and she manages to balance perfectly between emotions and keeping the audience in her grasp throughout without overdoing it.

It is so encouraging to see there is a space now for these stories to be told, and hopefully the start of a new chapter in cinema that looks at immigration (with the releases of The Golden Dream and Who Is Dayani Cristal?) with socially aware and open eyes. Goodison has done good with Leave To Remain.