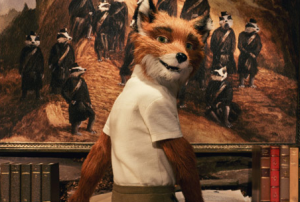 Out today, Fantastic Mr Fox is set to be one of this years biggest cinema blockbusters!

We already wrote a review of Fantastic Mr Fox so we wont reinvent the wheel but since then the film has had excellent reviews across the board. Opening at this years BFI film festival in London was also a big treat for the voice over cast, for which clooney was extremely pleased.

‘There’s a level of pride on film here that is really fun,’ he said. ‘It’s a really great place to bring a movie and find out if it’s going to hold up, and last not just for an opening weekend but whether it’s going to work or not.’

Other stars to grace the red carpet on opening night included Bill Murray and Producer Wes Anderson. Out at Cinemas across the country, make sure you go check out the Fantastic Mr Fox.