Frauke Finsterwalder sees the world in a myriad of ways in his wonderful multi-stranded narrative, Finsterworld. A film which 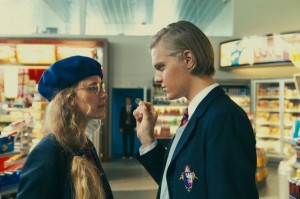 examines what it means to be German in the modern day, through the tales of a motley bunch of citizens. Each story offers points of connection, none are empty or inane all full of life is whatever fashion it is present. Bizarrely comic and darkly serious, from a policeman who dresses as a bear at ‘furry’ parties to the simple couple on holiday, every character is given an allegory to prescribe how fraught the world is with a lack of acceptance, for themselves and for Germany.

Though the narratives only intertwine on a couple of occasions and briefly, the film is not in the least bit jarring, Finsterwalder floats effortlessly between them. Finsterworld can at times feel like a totally different world due to its occasionally dreamy aesthetic, but in between the more comic moments is content of resounding importance. 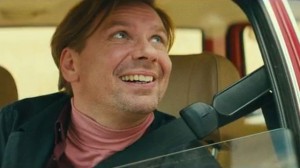 Finsterwalder analyses the instances that can change a person’s life forever, for the better and for worse. The consequence of one action rippling into others lives creates immeasurable change in moving moments of indiscriminate cruelty, madness or sanity.

With a disquieting tone Finsterworld incites laughs and shocks in equal measure, often at the same time. The notion that life can be hard and strange but still positive is alive within some of the strands, yet in others, life is beyond unfair, brutal, almost calculatingly devastating. People with the best of intentions can see their world come crashing down around them in very moving moments. The random sadness of Finsterwalder’s work is beautifully tragic. Yet for those whom life may seem the bleakest, there is always the chance that things will turn around. Perhaps after decades of identity crisis, Finsterwalder believes Germany can achieve the same thing.