AV Festival: Syndromes and a Century 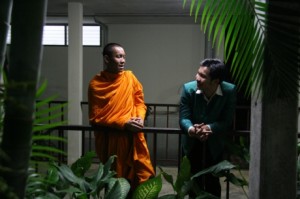 Thai filmmaker Apichatpong Weerasethakul has made slower films than Syndromes and a Century (Sang sattawat, 2006). Blissfully Yours, his 2002 work, is famed for its opening credits sequence, which begins halfway through the film and divides its two stories, and the climactic sequence in which a man’s penis is patiently seduced to an erection. The same kind of playful, long-take asides happen here, but the film seems to carry a strange urgency in its absorbing compositions and loaded tracking shots.

In line with its director’s preference for – and skill in – juxtaposing two distinct worlds in one narrative, Syndromes and a Century takes place in two hospitals whose historical contexts are left open: one is rural and possibly in the past, one is urban and possibly in the present, though with various characters and lines of dialogue repeated in each, perhaps the two co-exist. Rather than temporally and spatially successive, these worlds of inner moments and quiet revelations overlap.

The first half emphasises the tranquil naturalism of the surrounding environment; characters within the medical profession fill breaks by chatting to one another in exteriors, framed carefully against the dry, gentle greens of the vicinity. One doctor asks his female colleague what she would do if she were in love with someone without the other knowing, to which she responds, “I would hide behind a pillar.” His attraction to her, and the implicit meaning of his what-if scenario, are both evident; in turn, her flirtatious response is warm and receptive.

The two’s shared nervousness, each manifesting itself in different ways, is portrayed in succinct fashion. Somewhere in the vicinity, meanwhile, a dentist strikes up a friendship with his patient, a Buddhist monk. Each aspires to something alien to his profession: the former to singing, the latter to DJing. A romance between the two is hinted at but never shown. We watch the dentist perform a song like some idealised version of a past holiday; indeed, the first half as a whole plays out like a gallery reconstruction of one’s fragmented memories, giving concrete form to the minutiae that comprise a selective experience. The director has said in interviews that the film is a tribute to his parents, who met whilst both working as physicians in a Bangkok hospital. 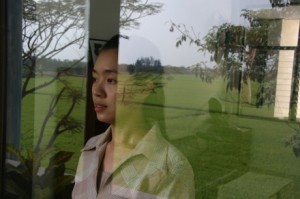 This latter location is evoked more explicitly in the film’s second half. In visual contrast to that preceding it, this strand is all clinical whites and plush, immaculate surfaces. Within its ostensible coldness, however, intimacies are shared and romances blossom, directly echoing earlier moments. Happy to play things quiet, Weerasethakul achieves an intangible, subtle grace with his material, and imbues it with a deep suggestiveness that unfolds on the more endearing side of arthouse ambiguity. This is, before anything else, a work of a filmmaker able to provide a genuine alternative to traditional western narrative.

Syndromes and a Century‘s quiet hilarity contains a humanism and charm, punctuated by alluring asides in which Buddhist statues are observed at a kind of spatial remove, the camera’s tracking arc invoking sincerity and respect. The film is also gently provocative, in how it places traditional customs and established phenomena in new contexts: the Buddhist monk who tries to bribe his way to a better healthcare (twice); the doctor whose own erection interrupts a kiss with a colleague; a solar eclipse whose mystery is echoed by the mild foreboding of an air vent in a hospital basement. (The film was effectively banned in Thailand when Weerasethakul refused to cut scenes that censors felt showed doctors committing “inappropriate” acts in the workplace.)

Syndromes and a Century is a personal and enigmatic masterpiece: its textural and tonal qualities, and the recurrent exploration of its parallel architectures, lend a lasting quality to an otherwise elusive narrative, so that, like the film’s own treatment of the past, its sounds and images linger far beyond its narrative certainties.