The Wachowski Brothers to return to sci-fi? 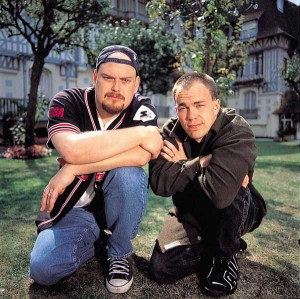 Deadline have revealed a new Warner Bros project that has caught the attention of actor representatives everywhere; Jupiter Ascending, which is due to be the next film by the Wachowski brothers and their first major science fiction action franchise since The Matrix is [like The Matrix] an original creation by the duo and it’s on track to start production by the spring. The studio is now discussing which A-list star to lead the cast while keeping the script and logline under tight wraps.

The Wachowskis are currently attached to a segment of Cloud Atlas [an adaptation of David Mitchell’s 2004 novel] with a cast that includes Tom Hanks, Jim Sturgess and Hugh Grant, which is due for release later next year. But before Cloud Atlas, the siblings hadn’t directed a film since the 2008 [flop] Speed Racer [starring Emile Hirsch, which I still think is brilliant!]. But no one forgets about the groundbreaking Matrix trilogy that made $1.6 billion worldwide gross through the three films [The Matrix in 1999, followed by Reloaded & Revolutions in 2003] and made household names out of the three main stars, Keanu Reeves, Laurence Fishburne & Carrie-Anne Moss.