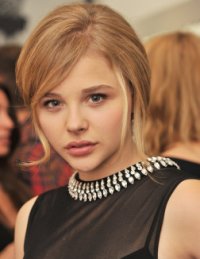 The news wires have been abuzz for days with news of MGM’s planned remake of the 1976 Brian de Palma classic horror Carrie, based on the book that catapulted Stephen King from obscurity to international bestselling fame.

Earlier today the studio confirmed that it has offered Kick-Ass star Chloë Grace Moretz the title role, and she has just confirmed that she has accepted. Moretz is no stranger to remakes, having recently taken the role of Abby, the child-like vampire in Let Me In – a remake of Tomas Alfredson’s excellent Swedish thriller Let the Right One In.

For all the young actress’s guts and talent, it’s questionable whether she is quite the right performer to portray the frailty and innocence of the character, rendered to perfection by Sissy Spacek in the original film. Rumours circulated briefly that Dakota Fanning might be in the running, and her pallor and bird-like delicacy may well have been more appropriate. 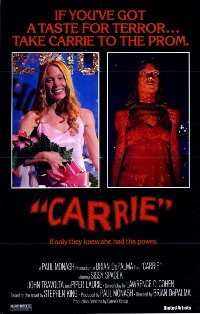 No other casting announcements have been made, but expect big stars in the roles of Margaret White, Carrie’s hideously abusive religious nut of a mother – played previously with horrifying credibility by Piper Laurie – and Sue Snell, the popular girl whose attempt to do the outcast Carrie a kindness ends in a bloody prom-night disaster – Amy Irving in the 1976 version.

All speculation aside, it must be said that remaking Carrie is perhaps the most unnecessary project since Gus van Sant’s shot-for-shot remake of Psycho in 1998. Remakes are flavour of the decade in Hollywood, but fewer movies have retained their brilliance or remain as timelessly accessible as the original Carrie.