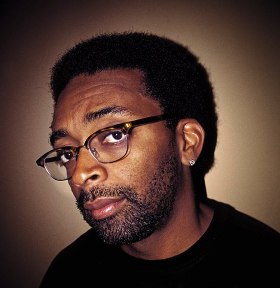 Despite having moved away from smaller-budget, activist films like Get on the Bus, Malcolm X and his opus Do the Right Thing and toward less controversial mainstream movies like Inside Man, Spike Lee remains an outspoken advocate of the African American community, speaking out against racism and prejudice.

So naturally Lee has been tweeting in response to the shooting of Trayvon Martin, a teenager killed by Neighbourhood Watchman George Zimmerman in Florida, where the “Stand your ground” law gives people the right to shoot an intruder without having to take evasive action. The fully understandable public outcry has only been exacerbated by the racial element (Martin was black; Zimmerman is Hispanic) and the facts that Zimmerman seems not have been in imminent danger, and was not in his home at the time but merely patrolling his suburb, have led to calls for the gunman to be arrested and charged with murder.

Today Lee landed himself in hot water when he retweeted an address supposed to be Zimmerman’s. Unfortunately, the address turned out to be that of septuagenarian David and Elaine McClain. Lee later retracted his message, expressing apologies for having caused the couple trouble.

The question is, though, why did Lee retweet the address in the first place? Better than anyone, Lee knows how dangerous a witch hunt can become.

Lee’s excellent 1999 thriller Summer of Sam, while ostensibly about the Son of Sam murders committed by David Berkowitz in 1977 in New York, is in fact a harsh exposé of the dangers of paranoia, suspicion and the mob mentality – the film culminates in the brutal beating of Richie (Adrien Brody), whose “difference” (he dresses as a punk and works as a rent boy) leads his mistrustful community to believe he is the serial killer and turn vigilante.

Similarly, in Do the Right Thing the death of Radio Raheem (Bill Nunn) at the hands of the police sparks off a riot among the black community in a sweltering Harlem, where they take revenge on the only Italian-American business in the neighbourhood.

True, in both of these cases innocents are made scapegoats for others’ crimes, but above all else both films work as eloquent fables about the hazards of people taking the law into their own hands. So why would Spike Lee, who scripted both works himself, deliberately choose to make a target of Zimmerman?