MIB or Not to Be? | Front Row Reviews
Home
News

MIB or Not to Be? 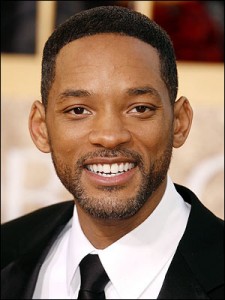 Will Smith is caught between a rock and a hard place, or rather an alien sci-fi sequel and a magical fantasy feature. The 41 year old, who’s been off cinema screens since 2008’s Seven Pounds, has allegedly been offered two roles that need to begin filming as quickly as possible.

One of the roles is that of a modern-day magician living in New York with his family, that is until he splits from his wife and his daughter moves across the Atlantic to live in London. In the film, called The City that Sailed, the man’s daughter finds some magic candles that grant wishes. Wanting to be reunited with her father, the girl wills Manhattan to detach from the rest of the United States and drift towards British shores.

While there’s no director securely attached to the project, Fox are rushing the film into shooting stages and are hoping Smith will get on board. It is to be produced by Andrew Niccol whose previous credits include The Truman Show and The Terminal.

In the other corner is Men in Black 3, with Sony execs wanting Smith to return as Agent J for a release next year or in 2012. But which option will the actor choose; will he take the safer route and reprise one of his most popular roles, or take on something new and by default far riskier? Unless of course he turns down both, but then who knows when we’ll next see everybody’s favourite Fresh Prince in cinemas?