In conversation with Oliver Hermanus & Deon Lotz about Beauty 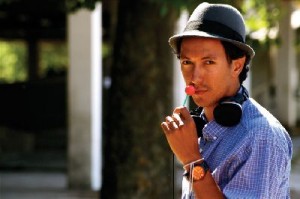 This week marks the release of Beauty on DVD from Peccadillo Pictures, the South African drama directed by Oliver Hermanus and starring Deon Lotz and Charlie Keegan.

Earlier in the year, during the film’s theatrical run it garnered international critical praise and was even South Africa’s choice for Best Foreign Film at the Oscars.

Francois lives a skillfully controlled, well managed life, in Bloemfontein, South Africa. Father of two daughters and a devoted husband, he is wholly unprepared when a chance encounter unravels his clean and ordered existence.23-year-old Christian is the son of a long lost friend. By all accounts he is the personification of a handsome young man in the prime of his life. Francois is so disarmed by the young man that it instantly ignites within him an all consuming infatuation and misplaced lust. Despite his careful concealed disgust for himself, Francois pours out the lost emotions he has despised all his life in what becomes a desperate attempt at taking from the world that which he has always secretly wanted: Happiness.

Recently, we caught up with Oliver Hermanus and star, Deon Lotz about working on Beauty and what they both have coming up next.

1. Hi Oliver, I hope you are well. What work have you done before BEAUTY?

OH: I worked as a press photographer and then did a masters in film and have made one feature film before Beauty.

2. Many have pointed out that the main themes in BEAUTY are homophobia and repression, what made you decide to make a film around these dark themes?

OH: For me the main theme is beauty and it’s often poisonous effects on some of us. This bleeds into other themes but essentially for me, this is a film about a man who is consumed by the want and desire of a beautiful object that transgresses his repression and compartmentalized lifestyle.

3.How did you cast Deon and Charlie in their roles for BEAUTY? 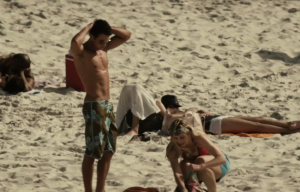 OH: I had castings for some time and saw tapes of both of them and new very quickly that Deon was our guy, and the same with Charlie.

4.What do you think of the state of LGBT cinema today?

OH: I don’t really rate it. I have seen some interesting work but I have also seen some drivel. I think a lot of LGBT cinema is about genre films going gay, that doesn’t really excite me as an audience member, so I look for the less common stuff that is more in depth.

5.What is next for yourself, and will we be seeing more of you in the UK?

OH: Next for me is a period piece. I will be in the UK more in the future as I am casting my new film out of London.

1. Hi Deon, how are you? What sorts of work have you done before BEAUTY? 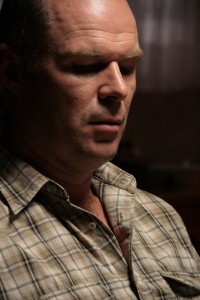 DL: Hi I am very well thank you kindly.  I have been working as an actor for the past 11 years after my studies.  I have done a number of theatre productions, radio drama and television series.  International films include Blast and consequence.  Since 2010 I have made 8 local and international movie.

2. What attracted you to the script for BEAUTY and have you worked much in LGBT cinema?

DL: When reading the script , I found it a challenge as an actor to play this role.  The complexity of the character attracted me and I also wanted to tell the story to make a point about the Afrikaner men that hide behind there mucho image.  This is a first for me.

3. Are there any major differences between making cinema in the UK/USA and in South Africa?

DL: I have recently worked with Idris Elba on Long Walk to Freedom, a previous film with Rutger Hauer so the same principles and professionalism also applies here in SA.  We do not have a union and our budgets and payment is not in line with international films. Our work ethic is high our quality constantly improving.

4. How did you get into character when working on BEAUTY?

DL: I was fortunate to be on set every day, also working closely with Oliver and forging a close relationship and understanding.  I just kept it simple and honest.  Telling the story as real as possible.

I lived in my head for most of the time as a lot of thought and planning went into the preparation.

5. What is next for you, are we going to see anymore of you in the UK?

DL: I would love to work abroad, Sleepers wake will be at the London Film Festival on 21 October 2012.  Then will follow Long Walk to Freedom with Idris Elba, and I trust Flight of the Storks , I did with Harry Treadaway and Perdita Weeks will follow.

Beauty is available now on DVD and VoD from Amazon and Play and you can enter our DVD competition here.