Head Trips: Films for the Inner Eye at the Barbican 1-6 Oct
Home
News

Head Trips: Films for the Inner Eye at the Barbican 1-6 Oct

Head Trips is a season of films that has been programmed to dazzle and elate audiences and complement the Barbican’s psychedelic music series Transcender (24 – 27 Sep). This mind-expanding series of films includes a rare screening of Gaspar Noe’s uncut version of Enter the Void, legendary Nass El Ghiwane concert film Trances, and two transcendental programmes of work by pioneering American abstract filmmakers including Paul Sharits, James Whitney and Jordan Belson. These hypnotic short films from the 1960s are influenced by Eastern philosophy and spiritual practices. 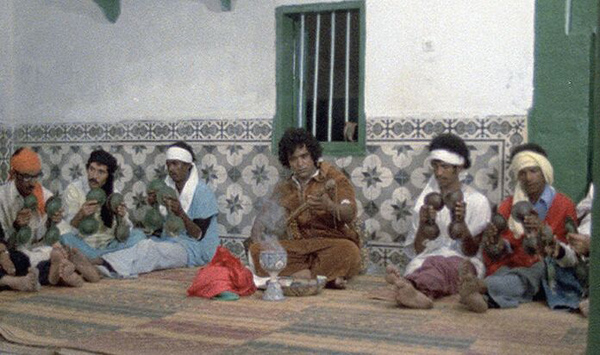 A musical documentary and, in the words of Martin Scorsese, ‘a concert film like no other’, this is a captivating celebration of Moroccan band Nass El Ghiwane. Opening on an eight-minute bravura set-piece showing the band performing to a huge, wildly enthusiastic audience in Carthage, the film visits Hay Mohammedi, the Casablanca slum where the group got its break. From there, filmed interviews and archival footage intertwine to build a multifaceted portrait of the band (at the time, Omar Sayed, Larbi Batma, Abderrahman ‘Paco’ Kirouche, and Allal Yaâla), their inspirations and outlook.

Nass El Ghiwane’s music draws on Morocco’s ‘Gwana’ trance music tradition, and some of the film’s most memorable scenes show concert audiences dancing in trance-like ecstasy, sometimes overflowing onto the stage, and even embracing the four musicians. 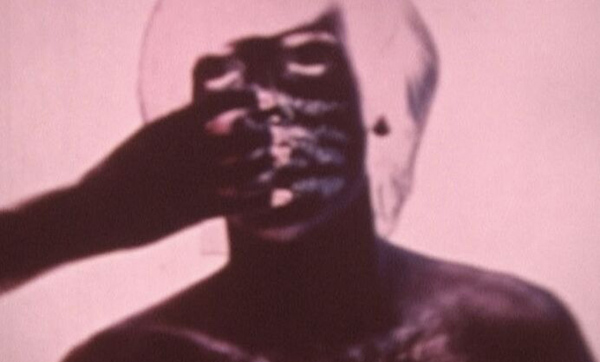 The Mandala Films are based on intense, rapid-fire pulses of colour interspersed with arresting still images: a couple making love in Peace Mandala/End War, and a man cutting off his own tongue with glitter-covered scissors in T,O,U,C,H,I,N,G. In combination, the whole image may seem to expand and contract and even lift itself off the surface of the screen.

Paul Sharits was one of the maestros of the so-called ‘flicker’ film – abstract films based on rapidly alternating frames of solid colour. Their assault on the retina can create perceptions comparable to those experienced in hallucinations, meditation and visionary experiences. The physiological and psychological effects can be pleasurable, even exhilarating. Sharits specifically designed his flicker films to be ‘occasions for meditational-visionary experience’, and he conceived and described his films with reference to ‘mandalas’, the geometric shapes used by followers of many religious traditions as an aid to meditation and trance induction. 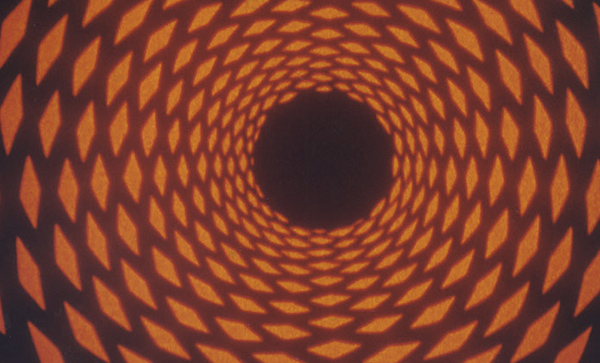 The programme features the transcendent visions of Jordan Belson, James Whitney, Richard Baily, Bret Battey and other artists, plus psychedelic-infused films which celebrate the exploration of absolute light and sound on visual music, shown in 16mm and digital formats. This special screening of abstract Visual Music films is curated by Cindy Keefer, Director of the Center for Visual Music in Los Angeles. 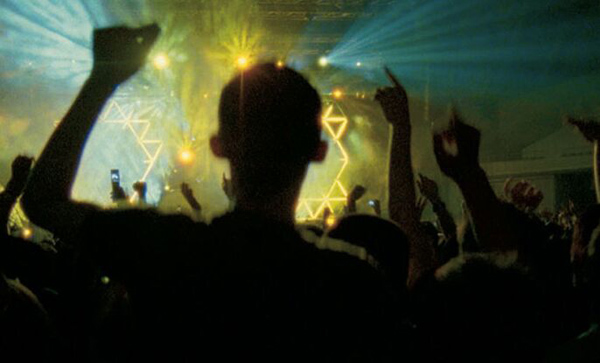 Inspired by the Tibetan Book of the Dead, and set against Tokyo’s thumping neon club scene, the story is told completely from the point-of-view of a young American drug dealer. When he is shot and killed by the police early in the film, his point-of-view persists, hovering over the city, re-working his memories and watching over his troubled stripper sister. This is a film about colours and tones and patterns. The camera passes through walls, drifts over alleys and climbs high above the neon-saturated night time city. As well as mesmerising camerawork, there are dazzling fractal light-shows and a final, delirious and climactic drift in, around and through an elaborate Love Hotel.

This film is presented completely uncut and includes the ‘missing reel’ not featured in the film’s original release.