Cruise lets the Bird out the bag 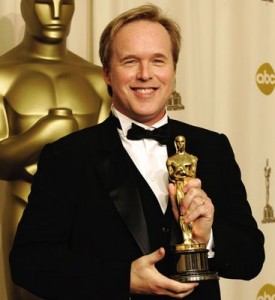 A while back the movie rumour-mill churned out a couple of names in contention for the Mission: Impossible 4 director chair. Well, we can now confirm that one of them was more than speculation. Brad Bird, who’s earned two Academy Awards for his animated masterpieces The Incredibles and Ratatouille, has been signed to helm the upcoming action sequel.

Star Tom Cruise and number three’s director-turned-producer JJ Abrams were considering Bird for the role last month, along with Shaun of the Dead creator Edgar Wright, but it appears the Pixar associate won out in the end.

Cruise revealed the information, outdated slang et al, to Empire magazine; “I dig Edgar. Very nice guy, very smart, very talented, I’d really like to do something with him. I met Edgar on the set of Mission 3. Simon Pegg and those guys are hilarious. I love Shaun Of The Dead. It’s amazing. But we’re working with Brad right now. I don’t know if I’m allowed to talk about it but everything’s signed… Brad is doing it.”

Well nobody tell blabbermouth Tom Cruise any secrets from now on…  M:I 4 is expected to reach theatres in 2011.