Throughout September 2011, the British Academy of Film and Television Arts (BAFTA) and BFI (British Film Institute) will host lectures delivered by some of the best screenwriters working in international cinema. The season is funded by JJ Charitable Trust, one of the Sainsbury Family Charitable Trusts.

Now in its second year, the series celebrates the screenwriter’s contribution to a film’s creative vision. The marks a screenwriter makes on a blank page are often the first steps of a film’s journey to the screen – a contribution which can be obscured by the profile given to an actor or director. This series gives a platform for screenwriters to explore their creative processes and share their insights with an audience of film-lovers and their peers. 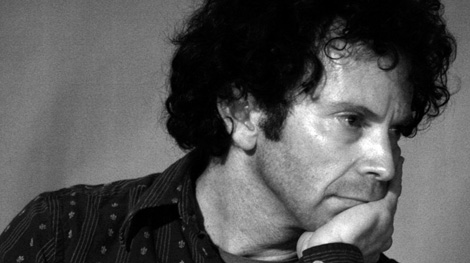 The strand will feature seven events at BAFTA and BFI Southbank over three weeks in September this year:

William Nicholson (Gladiator, Shadowlands) kicks off the season on Thursday 13 September, at BAFTA; Moira Buffini (Tamara Drewe, Jane Eyre) follows on 16 September also at BAFTA, and then John Logan (The Aviator, Rango, Sweeney Todd) and Guillermo Arriaga (Amores Perros, 21 Grams, Babel) will be at BFI Southbank on 20 and 26 September respectively; while Frank Cottrell Boyce delivers the last lecture at BAFTA on 27 September (Hilary and Jackie, 24 Hour Party People). The final lectures will be at BFI Southbank on 29 and 30 September with Paul Laverty (The Wind That Shake the Barley, Sweet Sixteen) followed by Charlie Kaufman (Eternal Sunshine of the Spotless Mind, Being John Malkovich).

The season has been programmed by Screenwriter and BAFTA Film Committee member Jeremy Brock (Mrs. Brown, Last King of Scotland, Eagle of the Ninth) who says: “With BAFTA and the BFI I am setting up a series of lecture events with some of the best international screenwriters working in film. The idea is to celebrate screenwriters as collaborative authors of films, rather than simply as adjuncts of the director’s vision. I am passionately against the possessory credit now taken by almost all directors – “a film by” – except in the case of directors who also write their own screenplays. Even then, I think the possessory credit demeans all those whose vision and talent goes into making a movie: writers, producers, actors, cameramen, designers, make-up, editors, composers, special effects etc. I hope that these lectures will help to celebrate the screenwriter’s contribution, but also the fact that a film is not a singular piece of work, but a true collaboration.”

As part of BAFTA and the BFI’s commitment to developing a new generation of filmmaking talent we will be giving a number of tickets to aspiring screenwriters. Webcasts of all the lectures including exclusive video content will be available to all on the BAFTA and BFI websites later in the year as part of our commitment to learning: www.bafta.org/screenwriters and www.bfi.org.uk. The series is also supported by an exhibition of exclusive photographic portraits which will be exhibited at BAFTA before touring to other venues around the UK.

For Bill Nicholson, Moira Buffini and Frank Cottrell Boyce, tickets can be booked via www.bafta.org/screenwriters
For all others at BFI Southbank Box Office tel: 020 7928 3232. Unless otherwise stated, tickets are £9.50, concs £6.75 (Members pay £1.50 less).