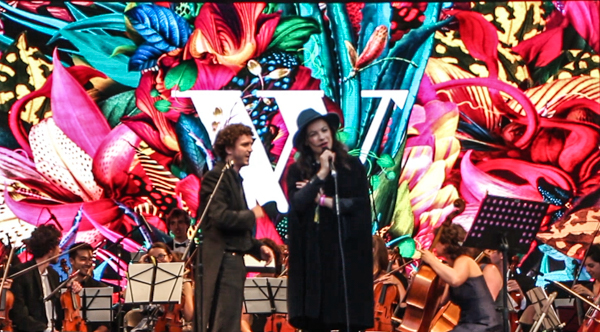 Every festival tries to get the best artists they can on their festival line-up each year. Wilderness Festival is no different. This year, it brought Bjork, George Clinton and Ben Howard as headliners. Three giant names, each in a very different genre and at a very different point in their careers, in addition to the countless other artists and acts. But how many festivals can say they have their own act, let alone a 38 piece orchestra. Well, Wilderness can! Yet another thing that makes this festival so unique. 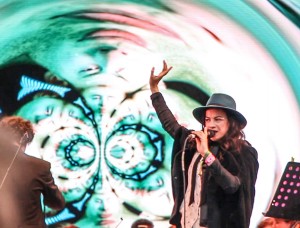 We don’t know who came up with the idea to put together an orchestra that would only play at Wilderness, we can just be glad that somebody did. Their 2013 debut appearance was a set of film scores and it was not billed as a main event of the festival. People were sitting on straw bales in a fairly small tent, the stage wasn’t really a stage and nobody was really sure what to expect when the musicians sat down, tuned their instruments and opened their music sheets. But when Ewan Campbell started waving his baton around to the legendary melodies such as the Star Wars, E.T. and Jurassic Park themes, the crowd jumped to their feet and started dancing and singing. The screen behind the orchestra also flickered to life with great visuals of the films, supplied by MoreEyes VJs. All in all a big big success! The following year the Wilderness Orchestra moved to the big stage, and this year the organisers decided to push the idea even further.

Not one, not two, but three shows for the orchestra this year. The first was a set of Radiohead, yes Radiohead, and Aphex Twin songs, recomposed for the orchestra by the conductor Ewan Campbell, and joined by the courageous and singular singer Camille O’Sullivan. If you ask me, they could start a new career as a Radiohead Orchestra and go and sell out lot of shows. It was amazing. 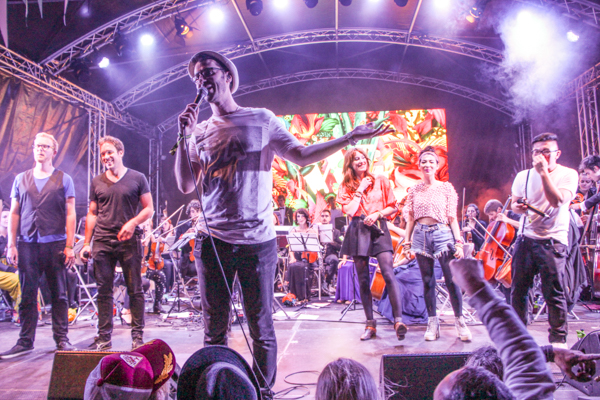 The next appearance of the orchestra at this year’s festival was by far the best thing I have seen here. It was the Wilderness Orchestra vs Vocal Orchestra. The Vocal Orchestra is yet another layer of acts unique to Wilderness. They have no instruments other than their vocal chords. The internationally acclaimed beat-boxer Shlomo started the session on his own, building his tracks by recording loops of his own voice and then rapping over them. He is a world class artist, but only when he brought out another eight top notch beat-boxers, the show really kicked off and the crowd went apeshit. They stunned the crowd by their acapella beat-box version of Massive Attack’s Teardrop and traveled in time via medleys of hits from 60’s, 80’s and 90’s. 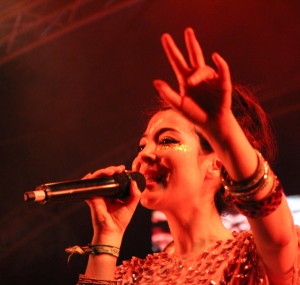 As if this wasn’t unique enough, they decided to make up a song on the spot. By yelling out random words, the crowd decided to name it ‘Armadillo Festival Beats’. The Vocal Orchestra started layering beats and melodies one by one as they stood there in a row and freestyling lyrics like ‘Crispy on the outside, Soft on the inside… Armadillo’ over it. This is where you could really see the genius of each one of them. They weren’t only great beat-boxers and amazing singers, they were true virtuosos without instruments.

When the Wilderness Orchestra joined them on the stage the show reached a whole new level. They shook the earth with the Requiem for a Dream theme song. This popular melody is very powerful on it’s own, now try to imagine it played by the orchestra, the beat-boxers supported by the visuals from the film on a big screen behind all this. Incredible.

The crowd were bubbling, the two orchestras then engaged their secret weapon – a 100 piece choir spread throughout the crowd. When the orchestras started playing Bohemian Rhapsody, it was hard to tell who is a part of the choir and who isn’t, because every single vocal chord in the audience there was vibrating.

After this, the Wilderness Orchestra finished the set with the Star Wars theme, where Ewan Campbell used a toy lightsabre instead of a baton. Followed by the Jurassic park theme, all the while accompanied by cleverly composed visuals on the screen. Eye candy both for film and music lovers. Seemingly, the Wilderness orchestra and film music have been declared a bit of a tradition at the festival now. We can’t wait to see what next year will bring! 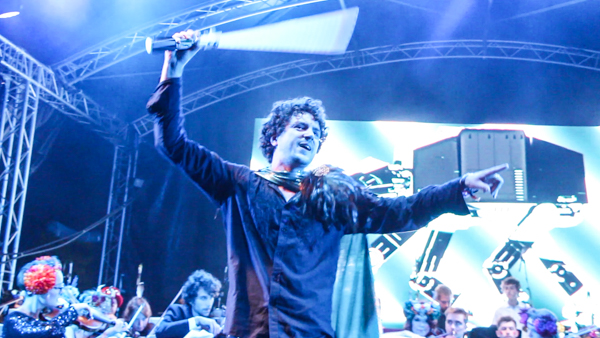